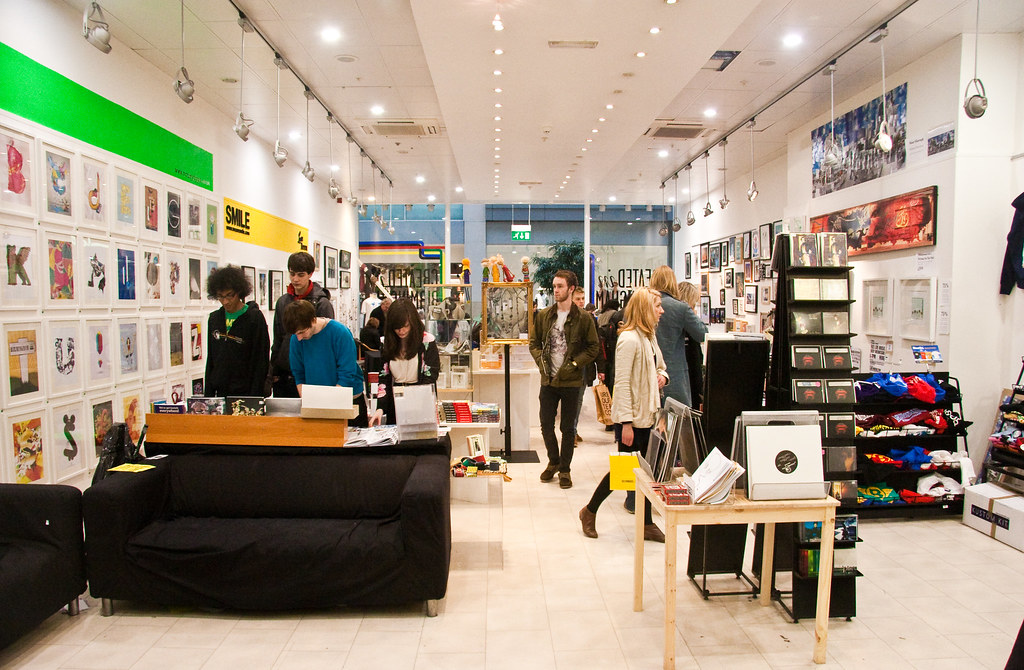 Created in Birmingham was a blog set up by myself in 2008 and run by a variety of people including Chris Unitt who, during his tenure, was invited by the Bull Ring shopping centre to run a pop-up shop for three months in the spring of 2010 in an empty unit in a prime location opposite the Apple Store. As I had retail experience I agreed to manange the day-to-day running of the shop.

Many things can be said about the CiB shop. It was successful in many ways, bringing together a wider community of artists and makers and establishing friendships and collaborations which still run to this day. But hubris from that aparent success masked its failure as a functional retail enterprise, leading to questionable follow-up projects which Chris wisely stayed clear of but which I didn’t.

I’m proud of what we did in the Bull Ring. I wish I’d had the forsight to see it for what it was and not try to build upon it later.