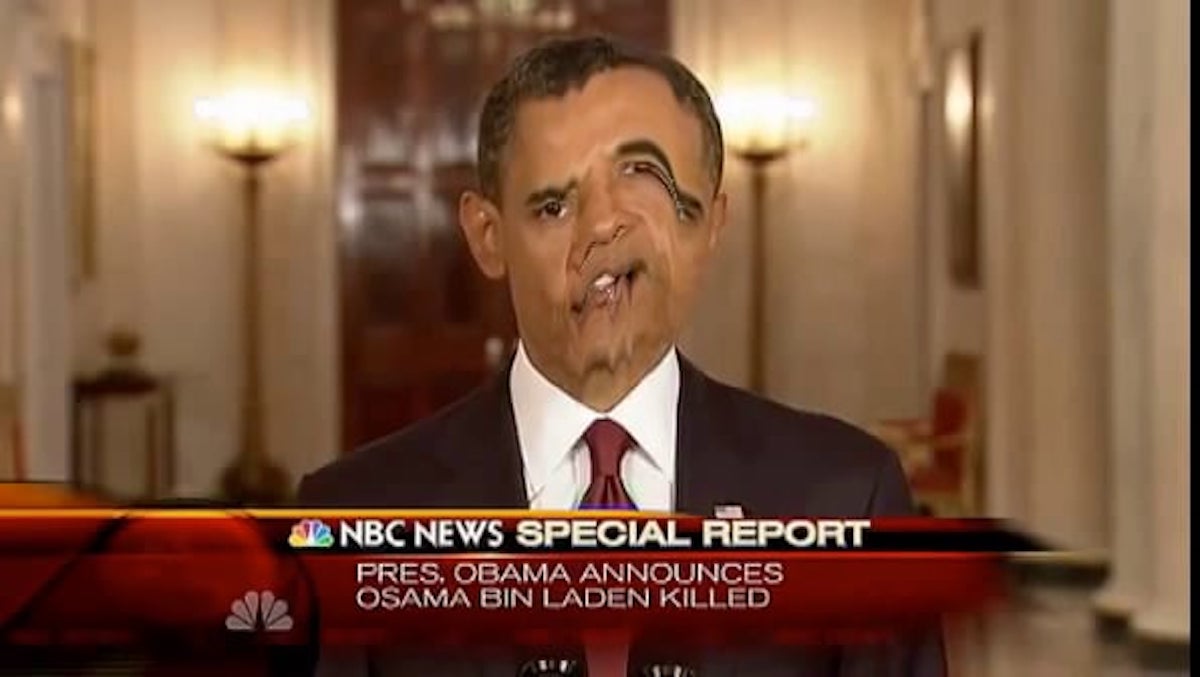 Slitscanning is a process by which a moving image is sampled one strip of pixels at a time, and those strips are stacked together to create a image where time can be read from side to side. It is one of those processes that is quite simple but rather hard to explain.

A Slitscan movie repeats this process, shifting along one frame or one pixel, creating a new movie.

Slitscanned Presidential Addresses uses three key speeches from Clinton, Bush and Obama made on the at attack on Iraq, the second Gulf War and the assassination of Bin Laden. These speeches are made in a very formal way, with the president speaking to a fixed camera against a still background. As such, the background isn’t affected by the scanning, while the movements of the presidents are.

The actual speech itself does not sync with the new movie, as the temporal plane has changed, so I used a related technique to produce new soundtracks. The audio was exported as a spectrograph image using the ANS synth, manipulated in Photoshop (Clinton’s was “split into 20 strips and shifted incrementally by 25 pixels to the right” (I’m not sure what this means), Bush was rotated 90°, and Obama’s skewed), and played back through the ANS.

I’ve never been 100% happy with this work. I think it could be something special but it doesn’t quite work. I may remake it at some point.