Dead Space was a series of exhibitions organised by Clare Farrell (now working as WERK) building on the mural paintings by Lucy McLauchlan on the now-demolished Birmingham Central Library. Clare invited me to make some work using the TTV Photography technique and despite a very limited budget (£100) I decided to build a giant sculpture using old CRT monitors and cardboard tubes to showcase video work I’d been making recently. 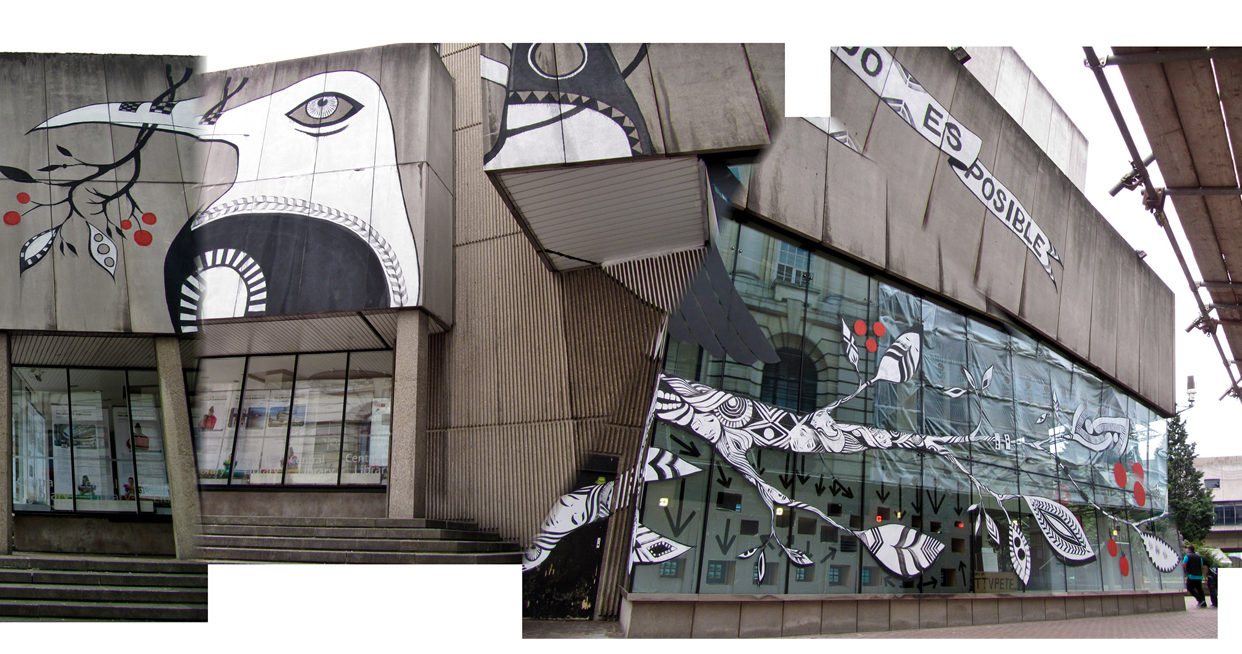 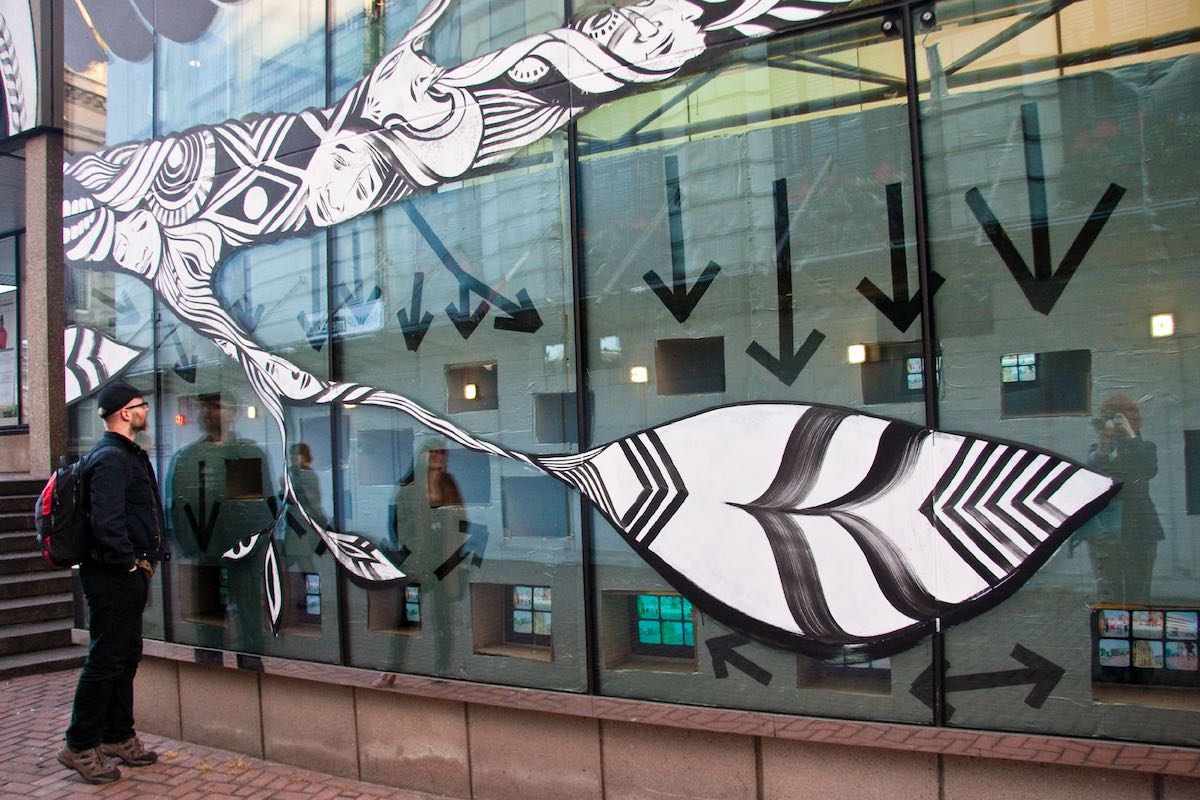 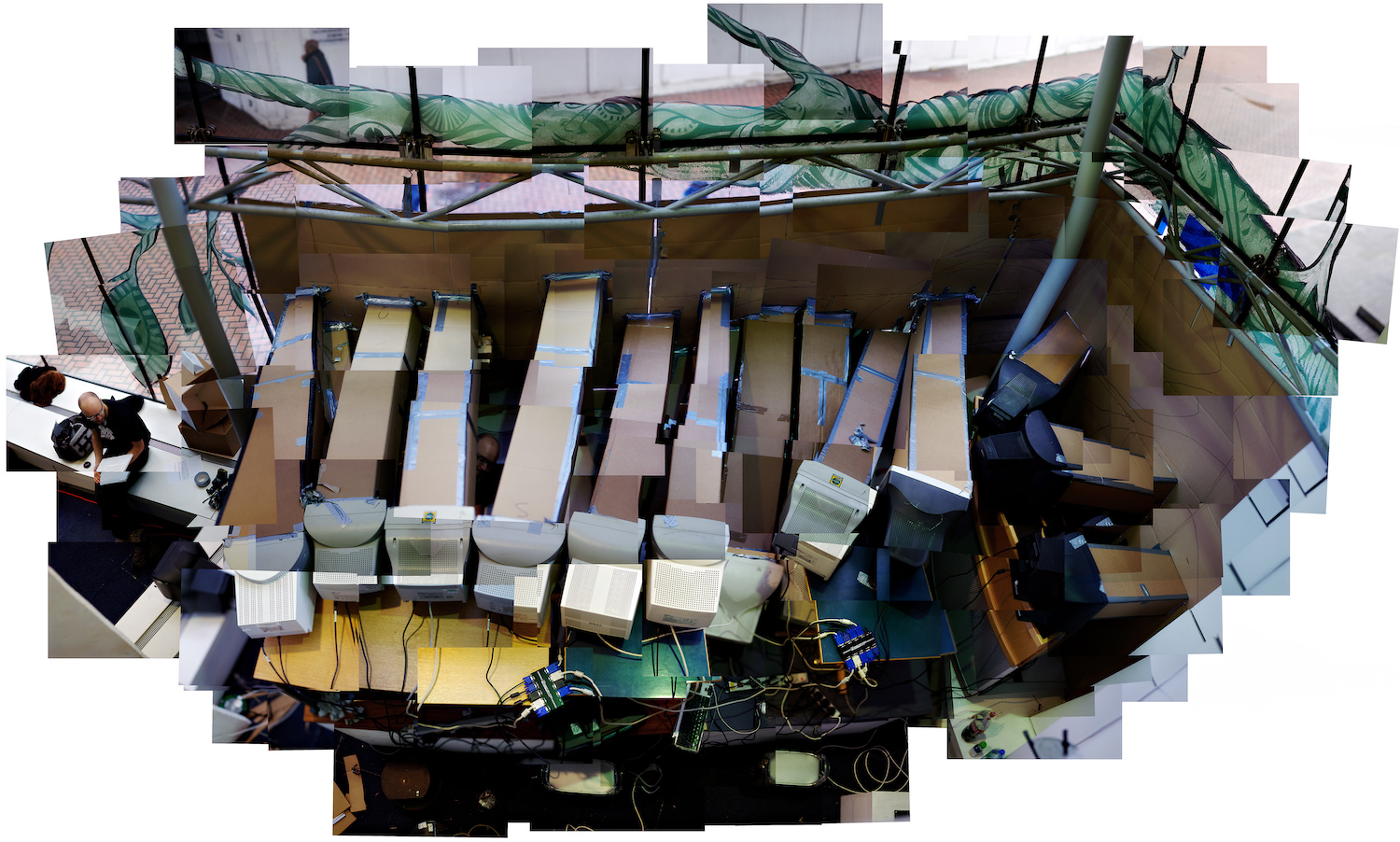 One of the videos

I obviously didn’t know what I was doing and afterwards wasn’t sure what had happened or whether it was any good, but in hindsight I’m pleased with it as a first stab at being a “proper” exhibiting artist, rather than someone who sells prints at markets.