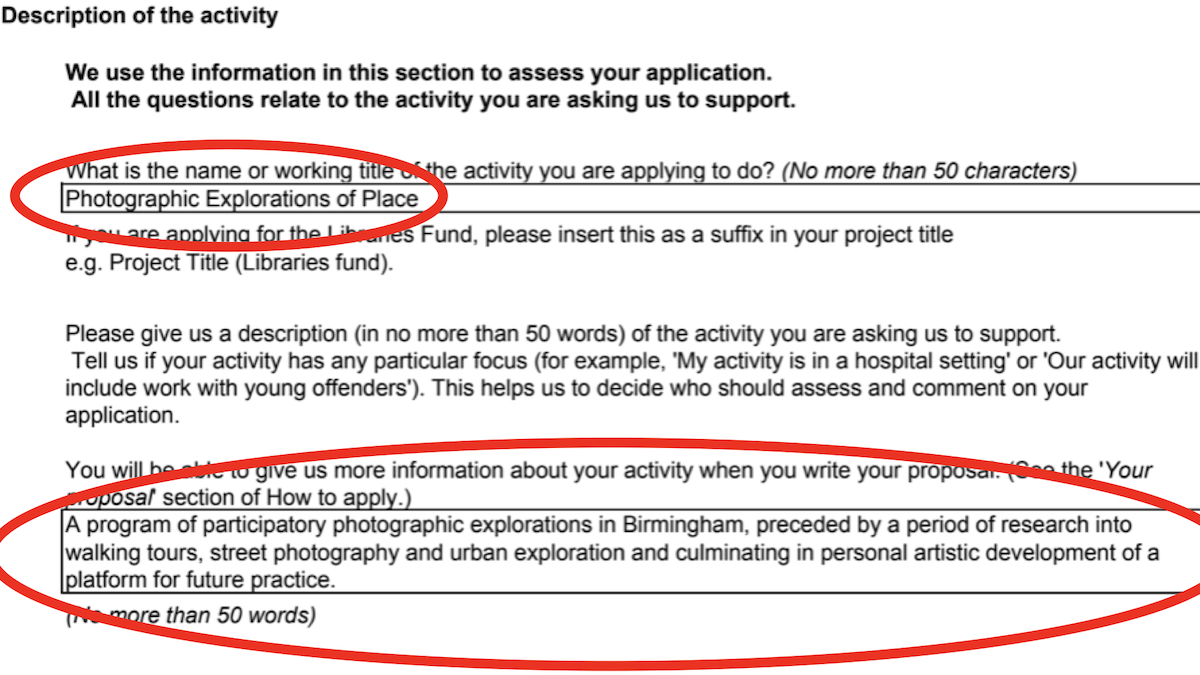 Photographic Exploration of Place was a period of artistic development in 2013 funded by an Arts Council Grant for the Arts resulting in a series of group walks where participants were invited to take photographs while engaging with sound art.

I decided to build on the photo walks I’d been running through Photo School by exploring psychogeographic methods and collaboration with other artists. A Psychogeography Workshop was held in September with Cathy Wade to explore the history and traditions and how they might be applied to a walking practice.

I was inspired to work with sound artists having documented the If Wet salon for experimental musicians where I used the processes and ideas expressed there to challenge my thinking about photography - when they said sound, I thought about light.

The artists I chose to work with were Sam Underwood, the co-founder of If Wet, and SoundKitchen, a collective of artists who had run a “sound walk” as part of the Still Walking festival the year before. 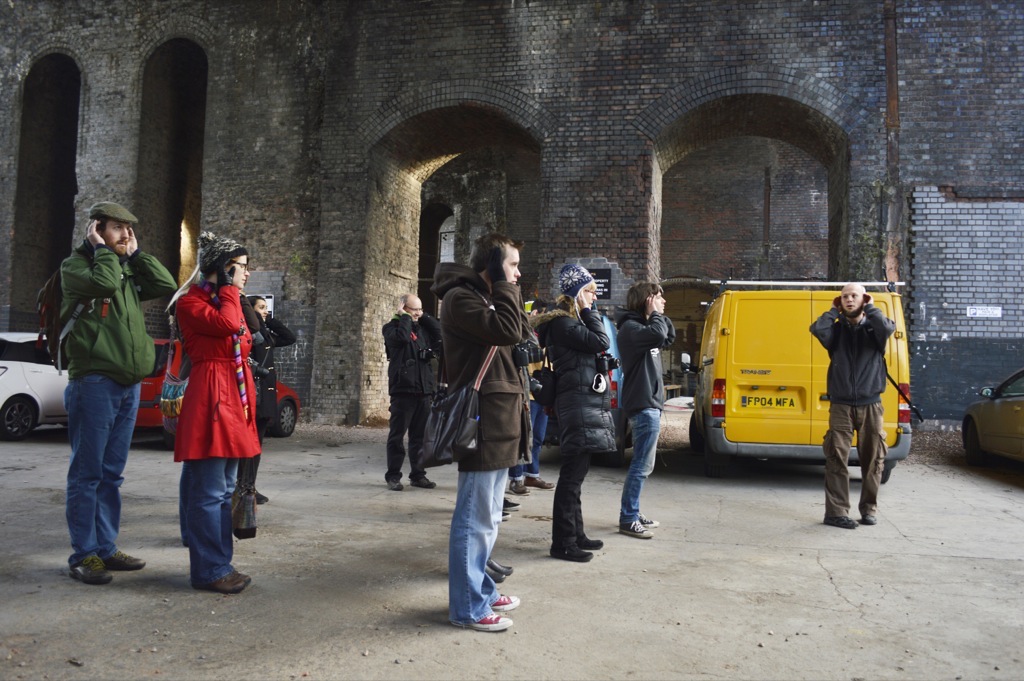 The walks took place at weekends in November.

Iain Armstrong lead the listening exercises, effectively tuning people’s perception of the environment through their ears. He used different techniques for each section of the walk which I translated into photographic techniques. So when he asked people to listen to distant sounds I got them to look for distant subjects. When he got them to hear movement I asked them to photograph movement. The instructions were simple, giving people freedom to interpret them loosely.

Sam’s walk was theoretically similar to Ian’s but had a distinctly different remit. While Iain had very much been exploring the landscape I wanted Sam to help people explore the details. Sam brought a van-load of tools - contact microphones, stethoscopes, hydrophones, amplifiers and headphones - so people could hear the small sounds that echo through the fabric of Digbeth. I wanted to relate this to close-up and abstract photography where the photographer gets in close and reveals aspects of a place not obvious to the casual eye.

Annie Mahtani prepared a 60 minute soundtrack built up from field recordings made in Birmingham which I asked participants to listen to at the same time as we walked together along a predefined route.

The outcome of the funded period was an ebook titled “Collective Photography”, made available to download in various formats at LeanPub. I blurbed it as follows:

What does it mean to photograph as a group? How can leading such groups be an artistic practice? Based on a year researching photography and guided walking in Birmingham, the book follows Pete Ashton as he navigates his first Arts Council grant and becomes an Artist.

On 21st February 2014 I also presented the work at Bees in a Tin, a gathering of artists “who make or are interested in unique interfaces for the world around them”.