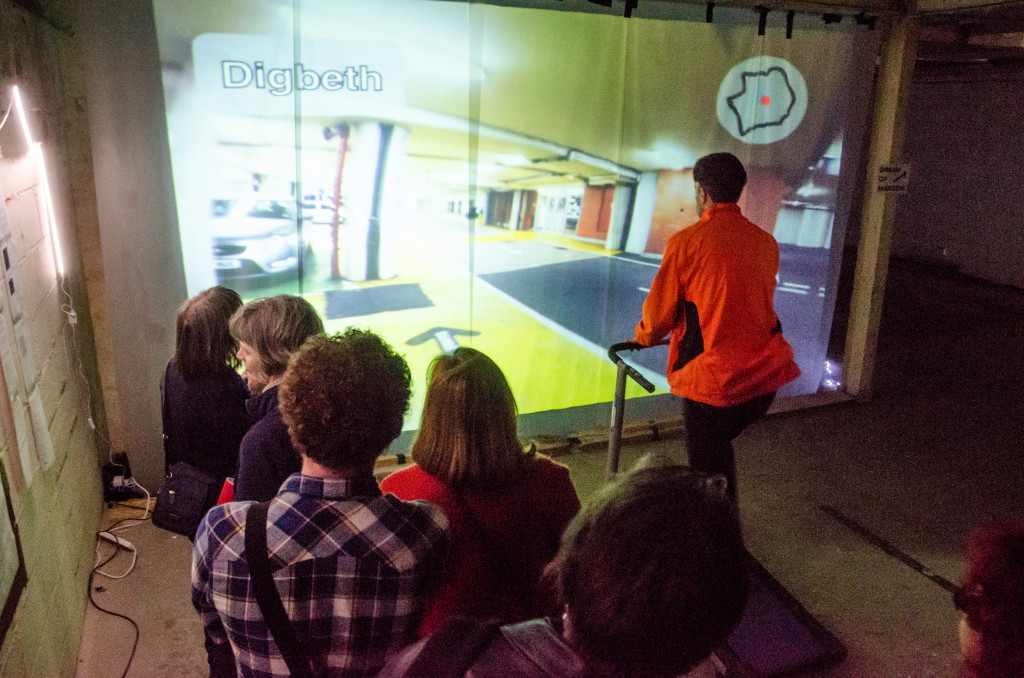 As part of the never ending attempt to make sense of the photographs taken during the Cross City Walks, Andy Howlett and I proposed an interative movie for 2015’s Flatpack Film Festival alongside the Video Strolls programme of walking-related films. The installation was realised on a zero budget in the derelict attic of the Centrala cafe in a coverted Digbeth industrial space.

The film was a simple slideslow of the photos taken by a chest-mounted GoPro camera. By walking on a treadmill people could control the speed of the film as they walked across an ersatz Birmingham projected in front on them on a giant five by three metre screen.

The installation was accompanied by an essay by Andy and I later wrote up some reflections on the experience.

We would be very interested in doing something similar with an actual budget involving money and equipment that works properly. 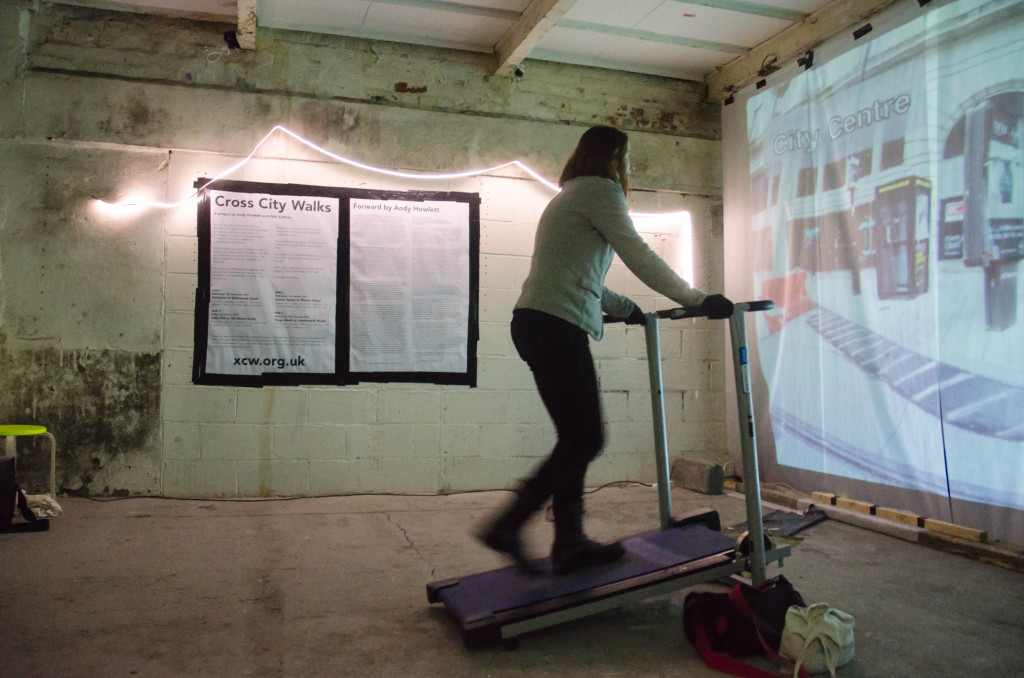 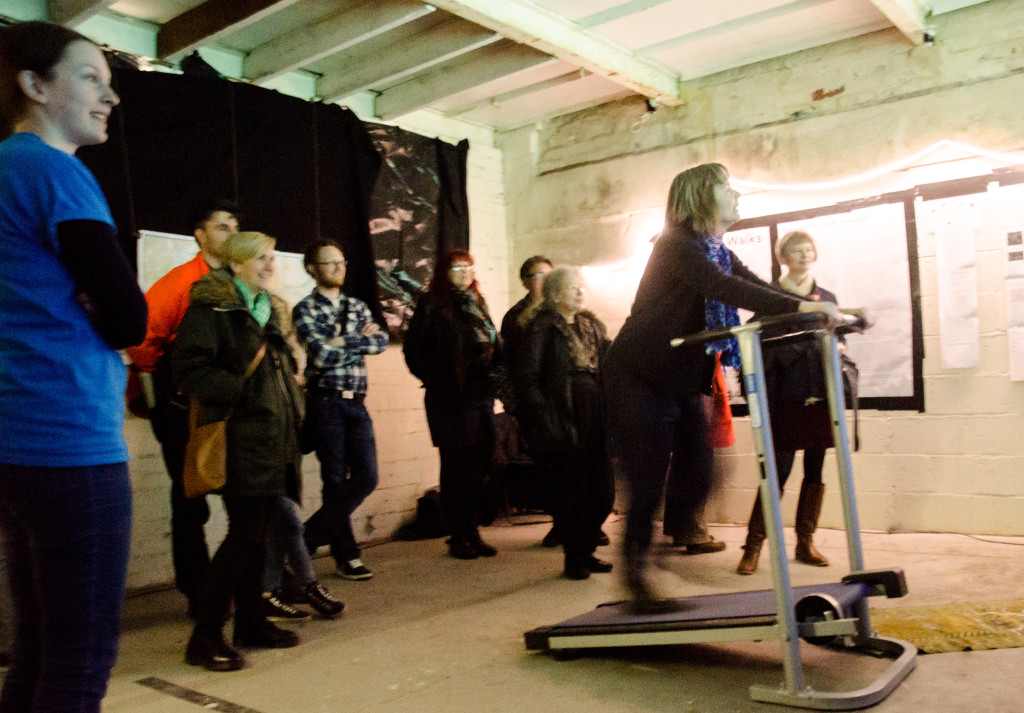 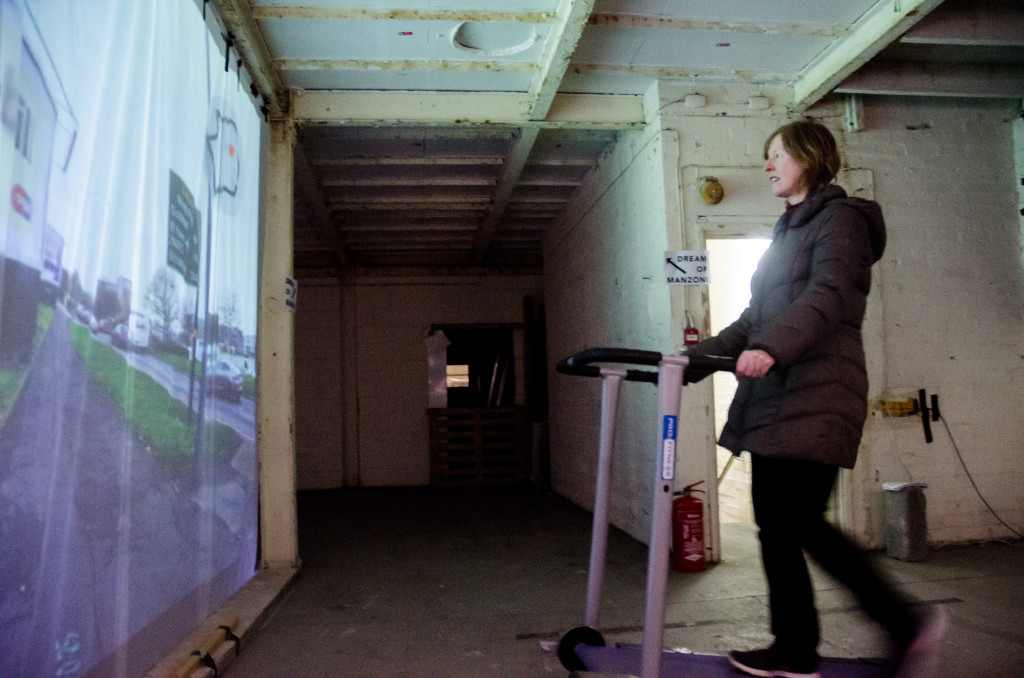