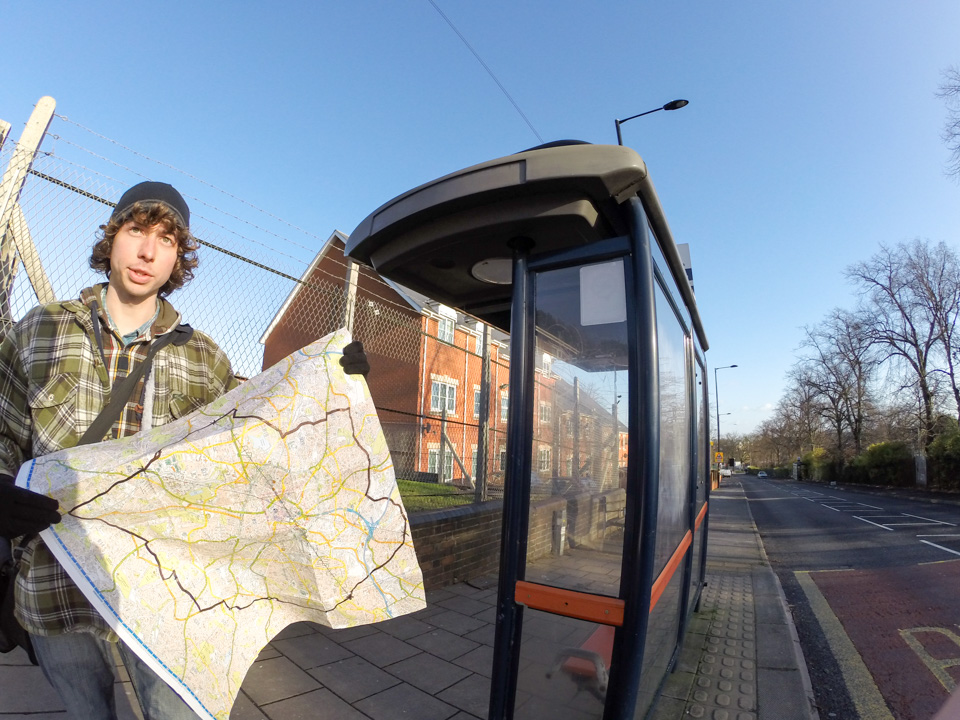 Over the winter of 2014/15 Andy Howlett and myself undertook four walks across Birmingham in as straight a line as possible using the Outer Circle 11 bus route in Birmingham as our boundary. We called then Cross City Walks, aka XCW.

We take a bus stop on the 11 route and draw a straight line to Birmingham Cathedral. Cathedrals are often, traditionally, the centre of a city and it felt right to choose this over, say, the Rotunda or Town Hall.

The line is then continued to the opposite bus stop and the route is set. We walk the route keeping as close as possible to the line. This is the only rule.

The hope is, by sticking to this line, we will connect parts of Birmingham that are not normally connected, and by bisecting the city we will be forced to compare the suburbs that sit opposite each other. And by enforcing this rule we will see things we wouldn’t normally see and experience the city in new ways.

Pete wears a Go-Pro camera strapped to his chest which takes a photograph every five seconds.

Andy carries a fold-out A-Z map with the line drawn on it and tries to keep us on track.

The Cross City Walks were presented as an interactive movie exhibit at the 2015 Flatpack Film Festival.