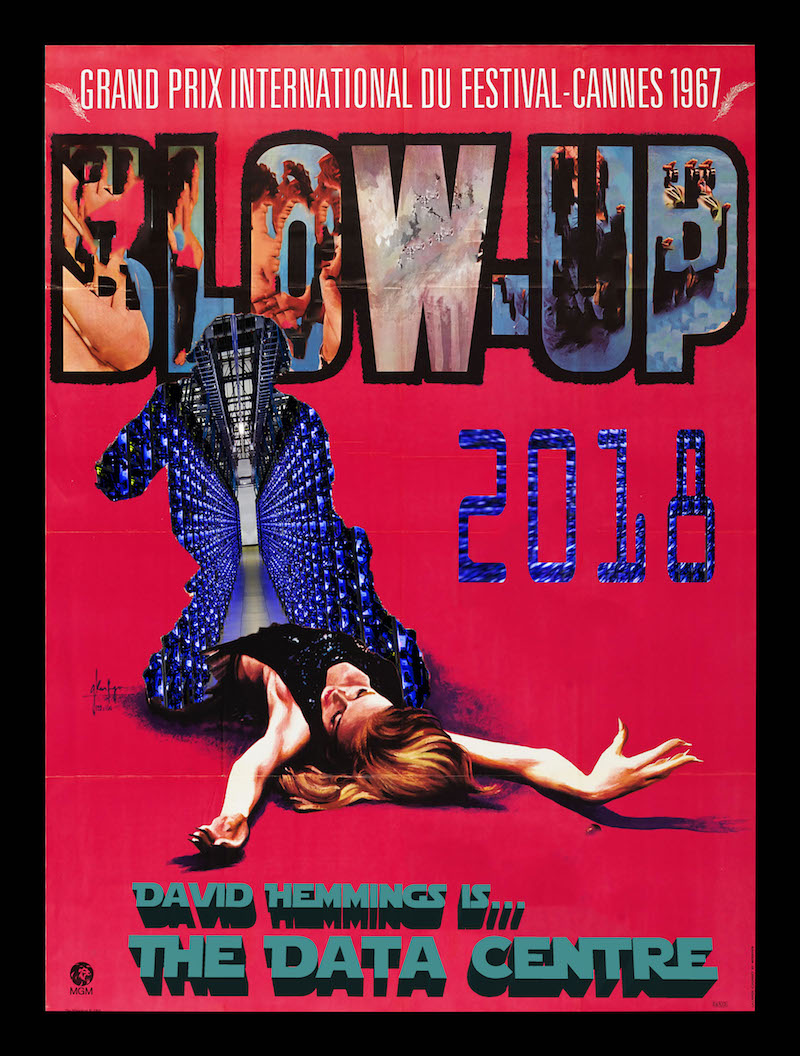 A poster imagining a reboot of Michelangelo Antonioni’s classic 1966 thriller Blow-up as Blow-up 2018, drawing paralells between the fashion photographer’s indiference to his model and the corporate indifference of Google and Facebook to the personal data we present to them.

In the remake, David Hemmings no longer plays a fictionalised David Bailey, dripping with toxic masculinity masquerading as “cool”, but is cast as a data centre, seen by many as the purest manifestation of data-churning internet giants. Fashion model Veruschka retains her orignal role as raw material, to be groomed, teased, manipulated, her image productised for the benefit of others and her body ultimately discarded.

The more things change, the more they stay the same.

The scene in question has been crudely manipulated by myself to accompany the poster mimicking cliches of “computer vision” in the following video.

The poster was part of the Black Hole Club 2018 group show at Vivid Projects, 30th March 2018. Here’s a picture of me standing next to it, looking disconcertingly smug. 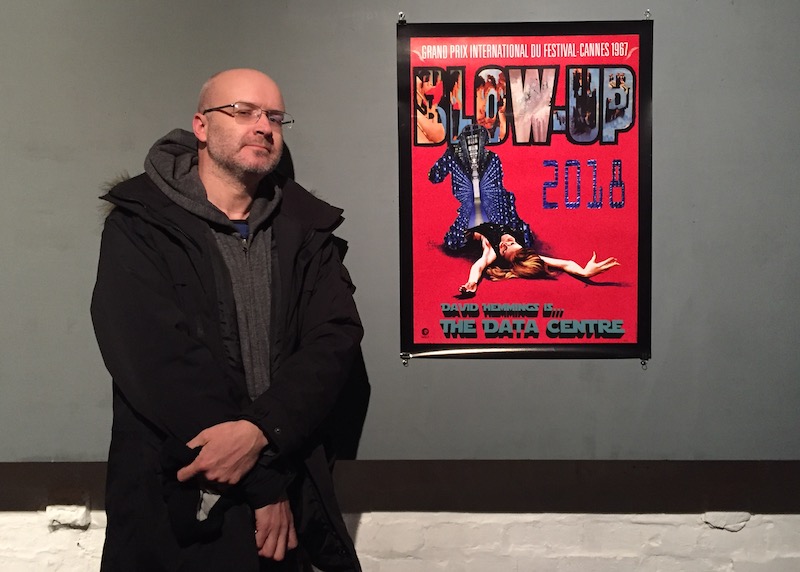