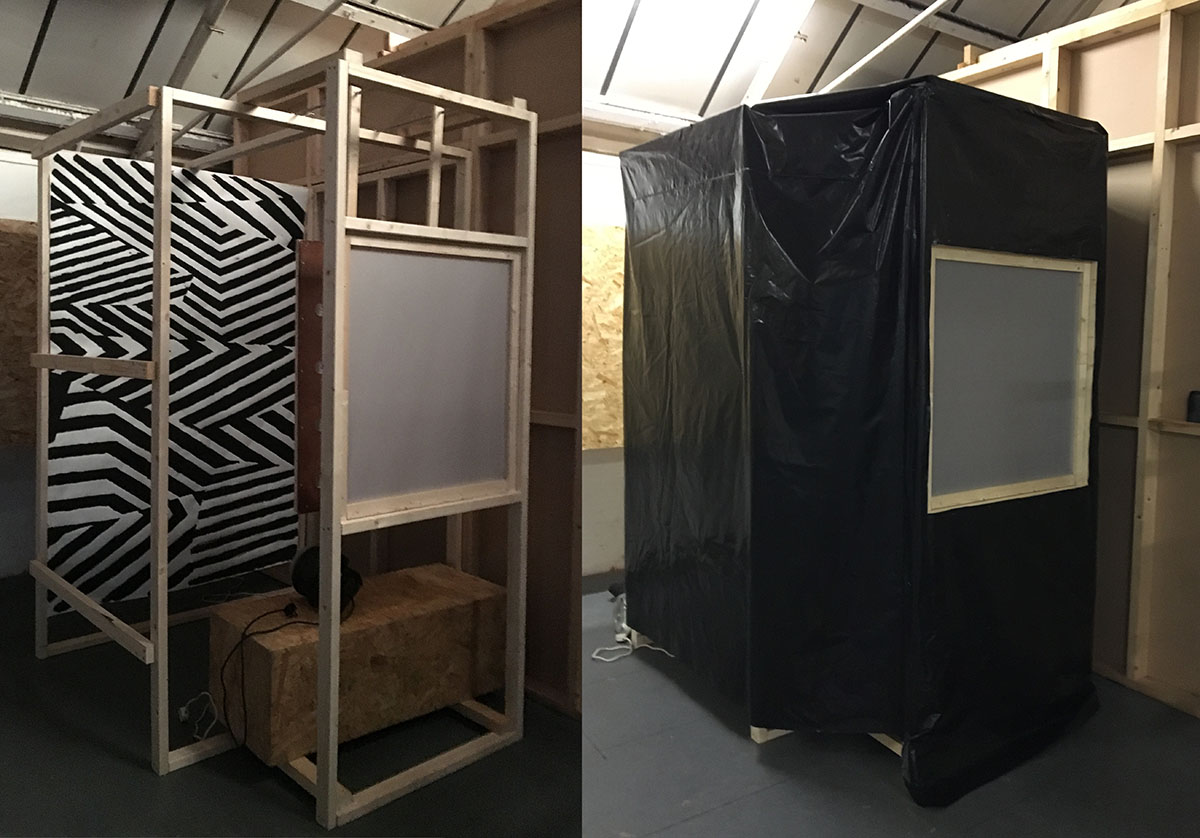 Flash was an installation for the Black Hole Club group show Another Dimension at Vivid Projects in June/July 2018. It was an attempt to tie together a few big ideas with an indoor camera obscura device. It didn’t really work as I intended and was a bit of a disappointment, but that’s fine. It was still a useful exercise in… something.

The concept I was working with was that images exist in memory and that this is interesting. The eye can register something for a split second, say under a lightning flash, but the consideration of that thing will take place using the image stored in the brain. In that sense, the brain is the memory card recording images captured by the sensor at the back of our camera-like eyes. Except brain-memory doesn’t just store images - it adds to and multiplies their meaning, merging them with other memories and ideas to make better sense of them. Seeing is just the first part of how we experience the world visually.

So I wanted a device that would flash an image at the viewer which they would then hold in their memories. I didn’t want to use a video screen, as video screens are boring and I was feeling the urge to make stuff using wood. I used a multi-lens camera obscura idea I’d played with at a workshop to create a composite-eye effect of overlapping images of nearly the same view. This would project at 20cm onto a sheet of translucent paper. The projection would be lit by a strobe light, set to randomly fire by an Arduino controller.

The whole thing was housed in a wooden frame covered in black plastic to keep the gallery lights out. Inside was a white sheet painted with a Dazzle Ship pattern, referencing the ideas of perception I was thinking about.

The end result was a black box with a screen onto which an abstract shape appeared every few seconds. Technically it was a success. Artistically, I’m totally not sure. But that’s what Black Hole Club is partly for - experimenting with your practice and failing in a safe space.

I described it in the programme as follows:

Part of a series of lens-based works exploring the mediation of reality by creative tools, Flash is a multiple-lens camera obscura that mimics a lighting flash viewed by an insect. 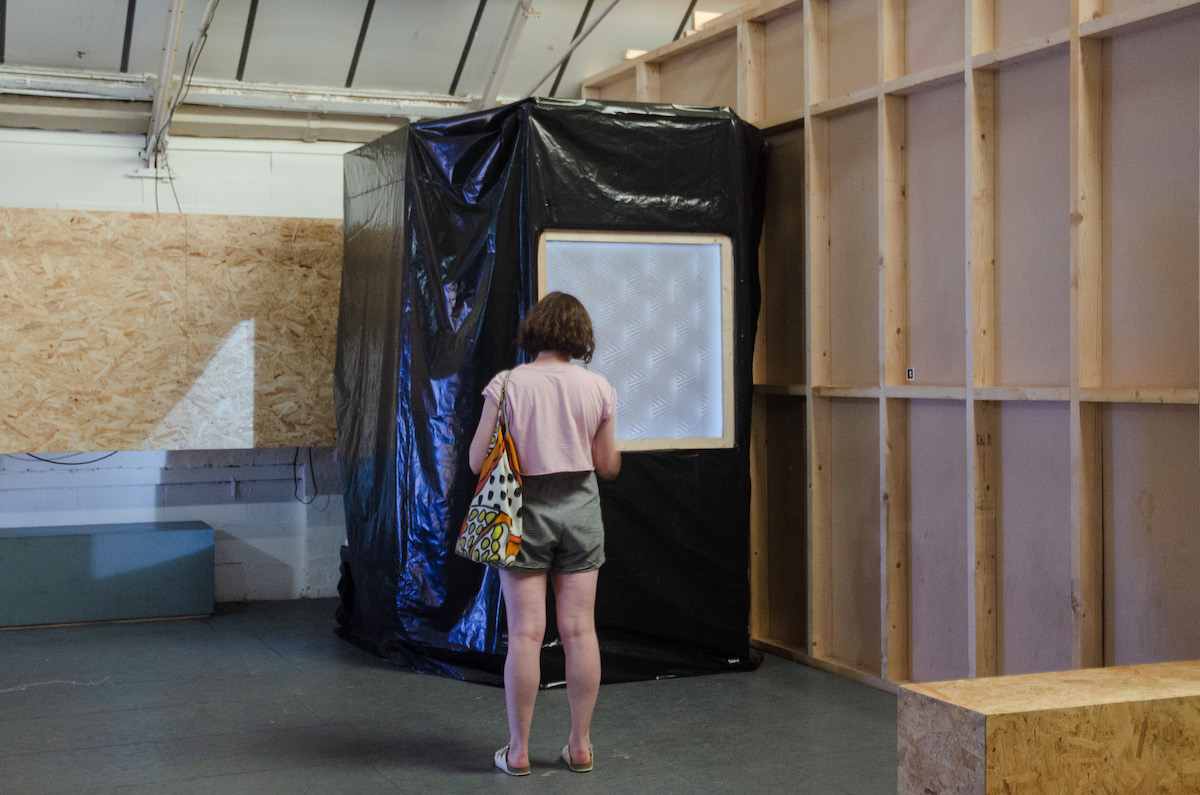 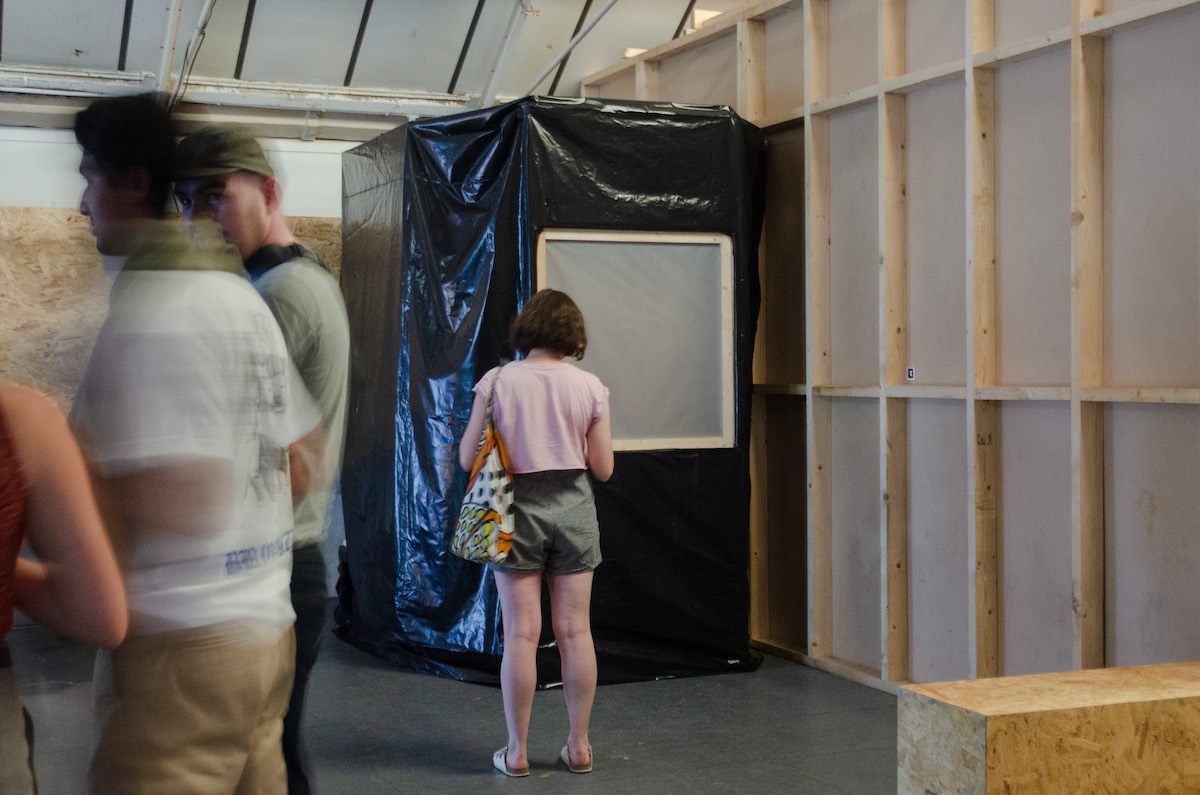 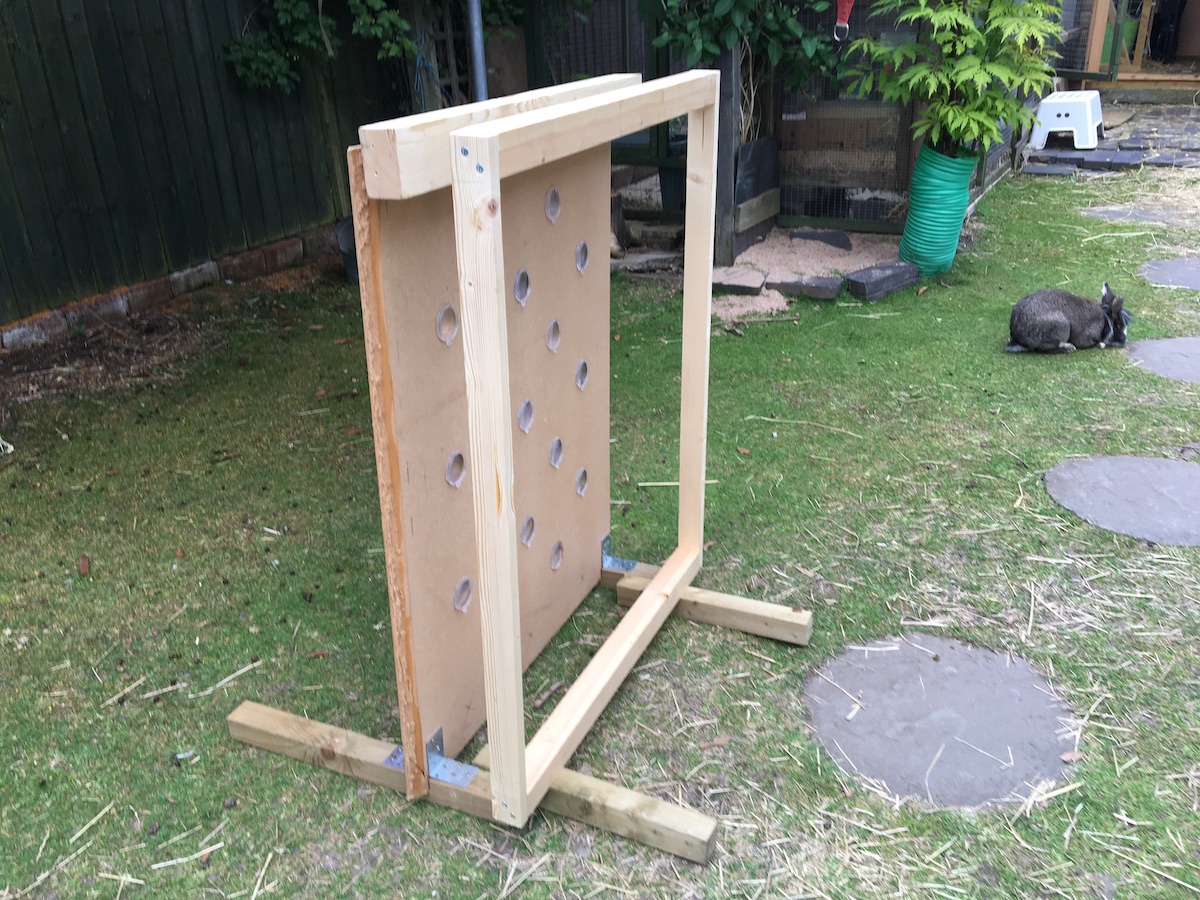 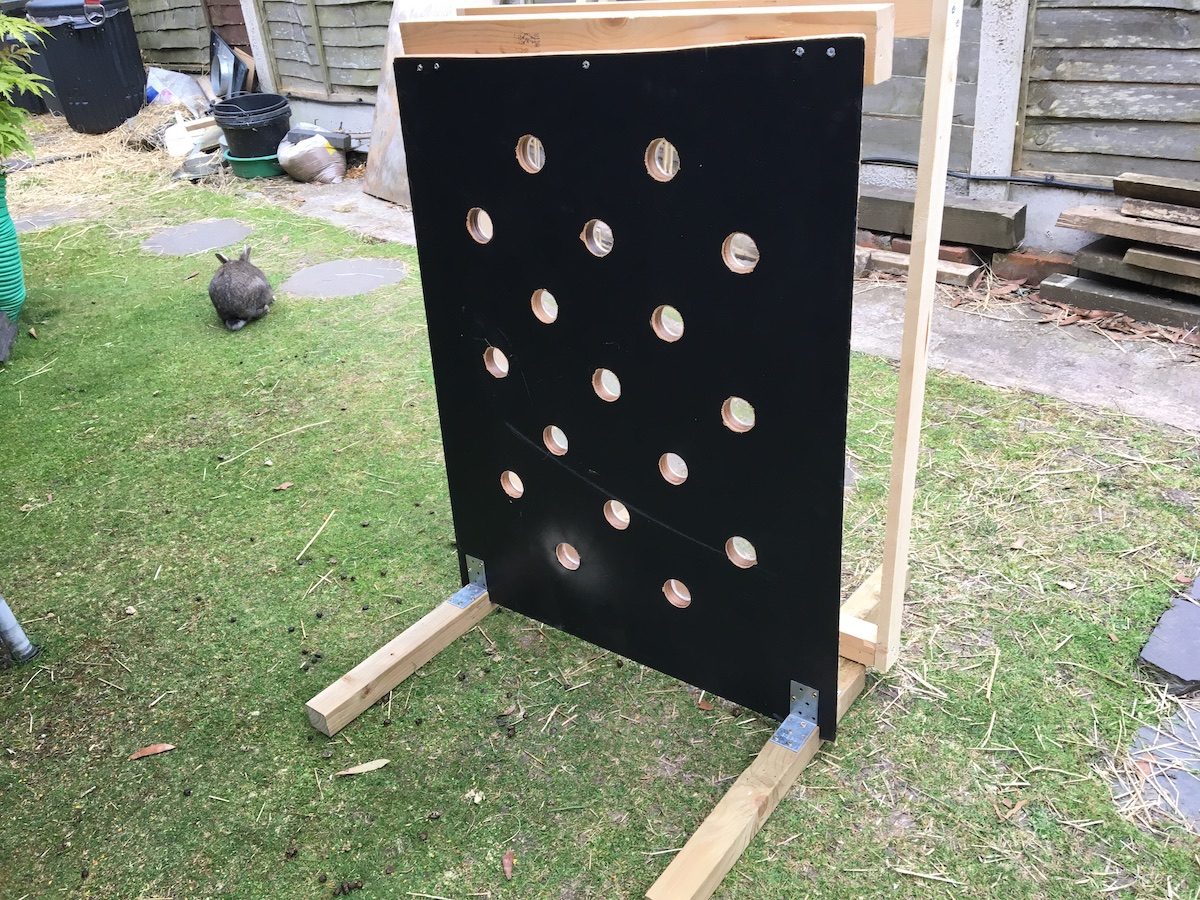 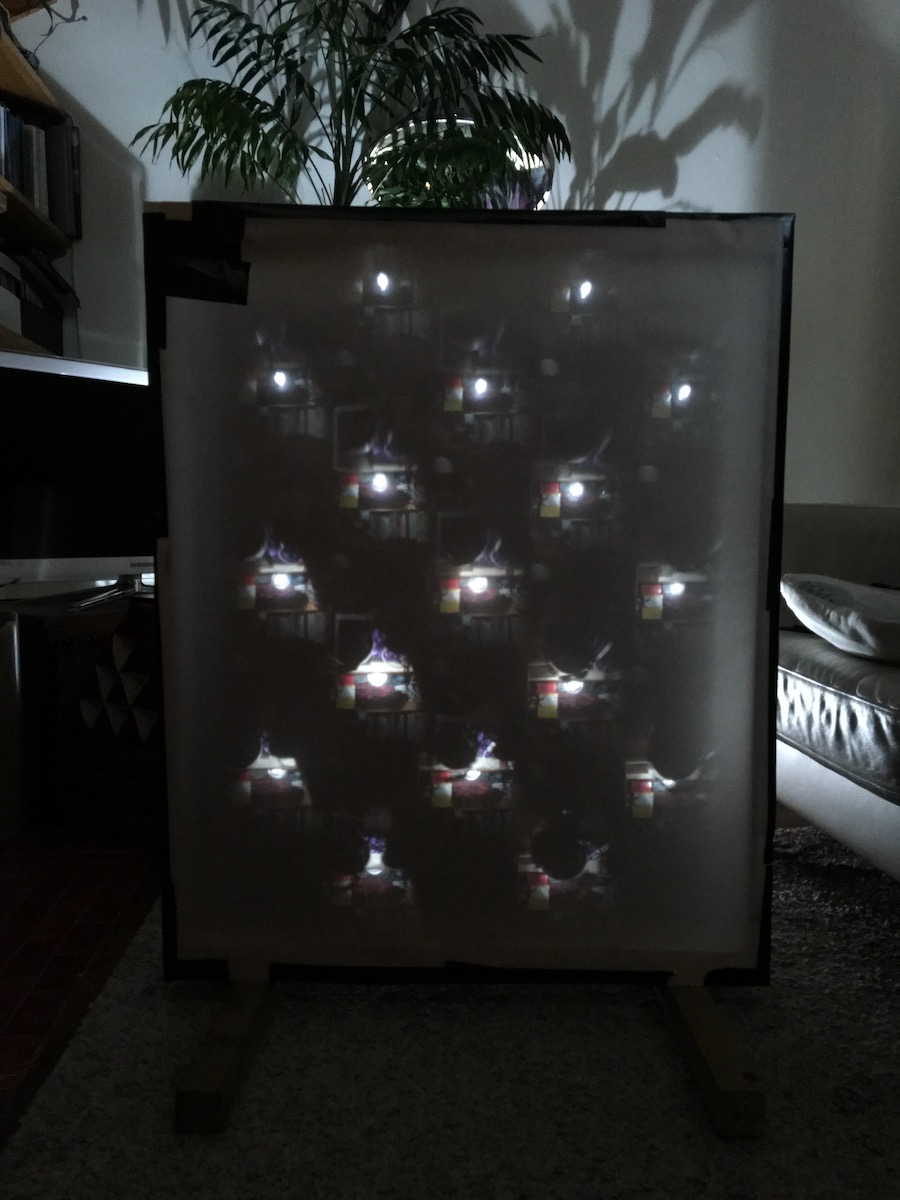 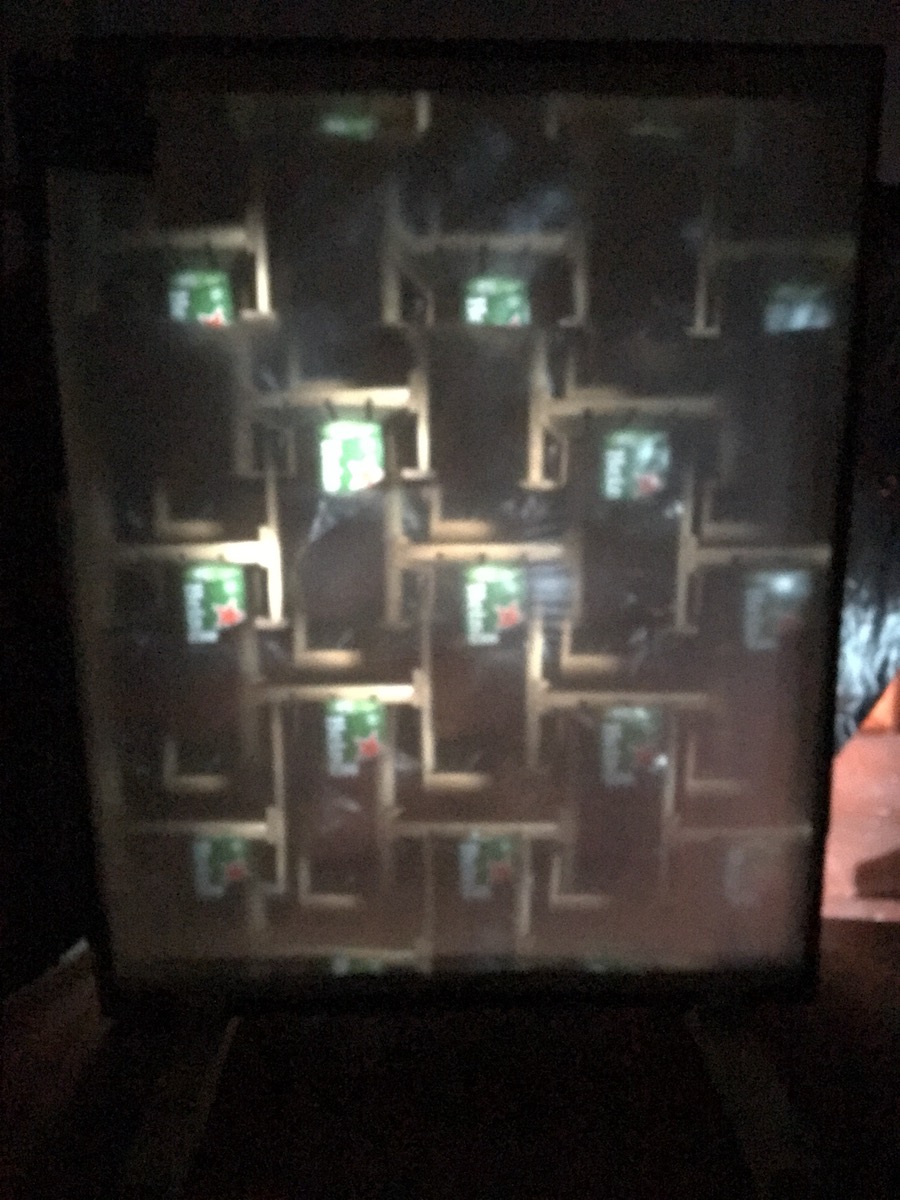