Developed in Birmingham was a season of events over the summer 2017 centred on two major exhibitions of early photography in the city, Thresholds, a virtual reality exhibition by Matt Collishaw and A White House on Paradise Street by Jo Gane, curated by Pete James and produced by Jenny Duffin.

I did two projects, a Speculative Cameras workshop on 19 August, using the history of the camera from obscuras to 3D modelling to explore artistic potentials, and a Camera Obscura Portrait Studio installed from 7 - 12 August with a workshop on the 12th. I also brought the Birmingham Camera Obscura out on 29 August to accompany a Cyanotypes workshop.

The Speculative Cameras workshop was indebted to the Golan Levin’s Experimental Capture workshop I attended in 2016 along with my own research as a BOM Fellow. We looked at cameras that did not fit the accepted definition of cameras and processes that did not necessarily produce photographs, to get us thinking about these tools in new and creative ways. Starting with the camera obscura as a process that can be made from a house or a cardboard box we also looked at making junk lenses from random transparent material to bend and warp light, photogrammetery to build 3D models from videos of objects, the infrared photography of Richard Mosse as an introduction to capturing light invisible to the human eye, and finished with a discussion about machine vision and machine learning techniques that were being bundled with the emerging artificial intelligence hype.

It was sold out and we had really good feedback.

3D scan of a participant, made by videoing them from all sides, extracting frames and processing them using Photoscan.

The Camera Obscura Portrait Studio was an attempt to recreate David Hockney’s experiment documented in his book / TV show Secret Knowledge where he builds a camera obscura to prove his thesis that the Great Masters used optics in their work. I designed and built a tent within Birmingham Museum & Art Gallery with a lens at one end and drawing paper at the other. It was set to focus on people sitting in a chair so they could be sketched.

It was not perfect, due mainly to the lack of light that week, but it worked and got a lot of attention with a good few hundred people coming through. On reflection it probably should have been built outside, but we didn’t have the venue for that. 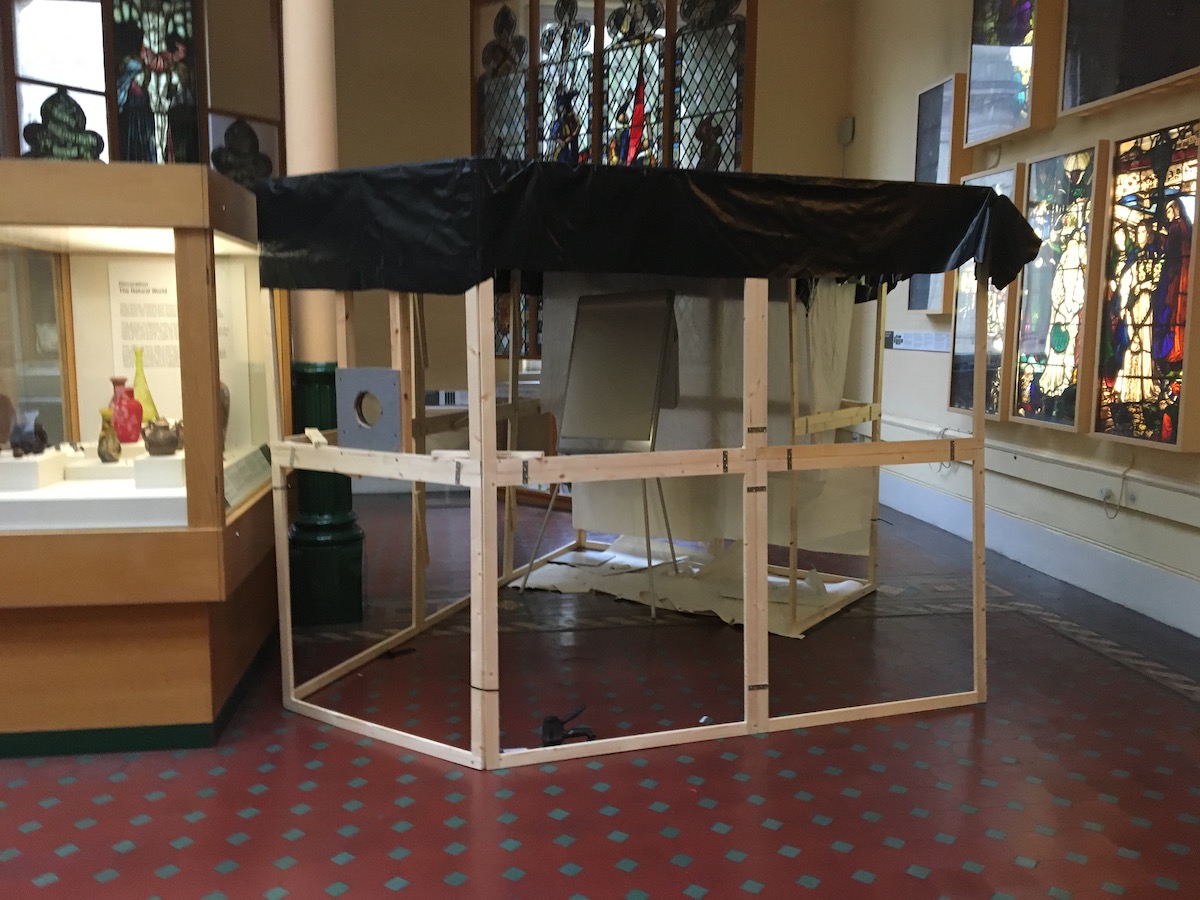 The studio before its skin went on, showing the location of the lens and the drawing paper. 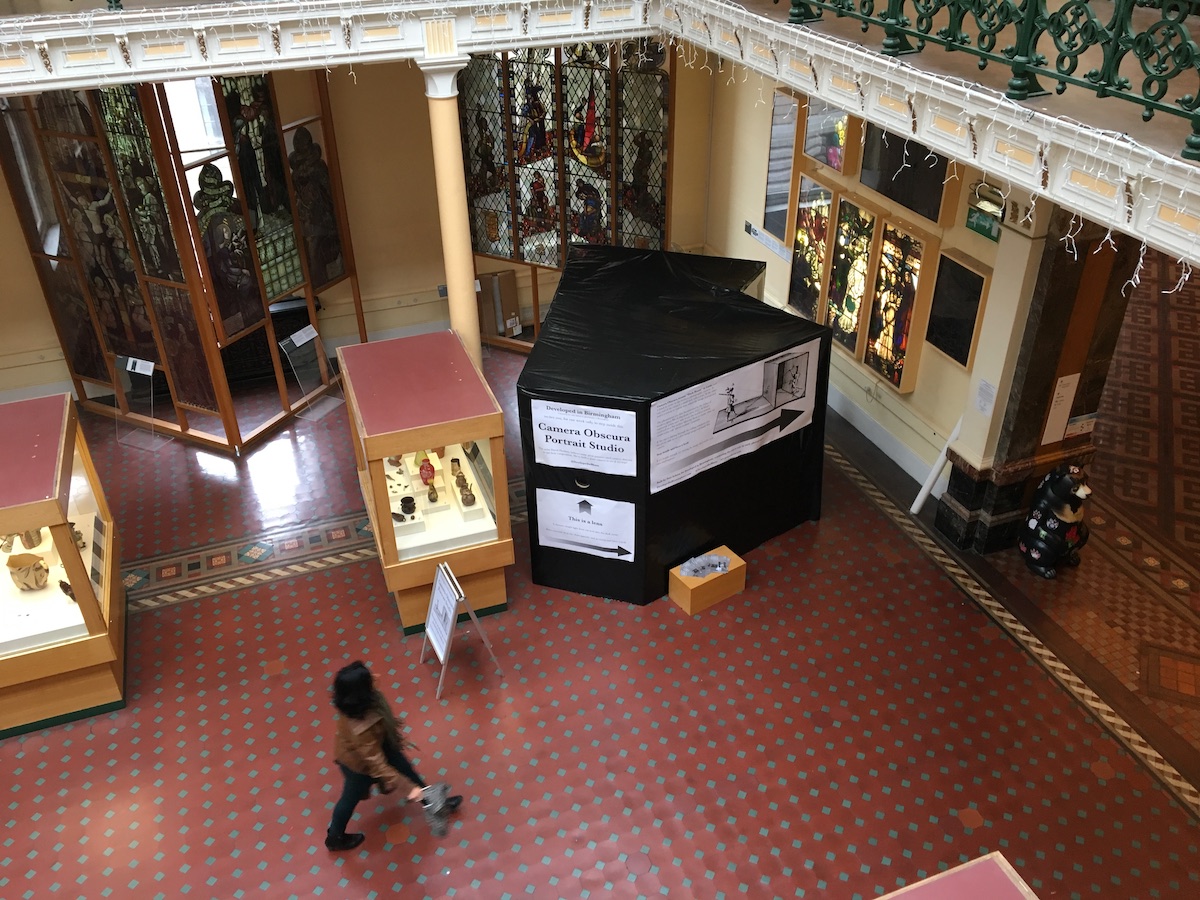 The studio blacked out and emblazoned with explanations of what this weird object is. 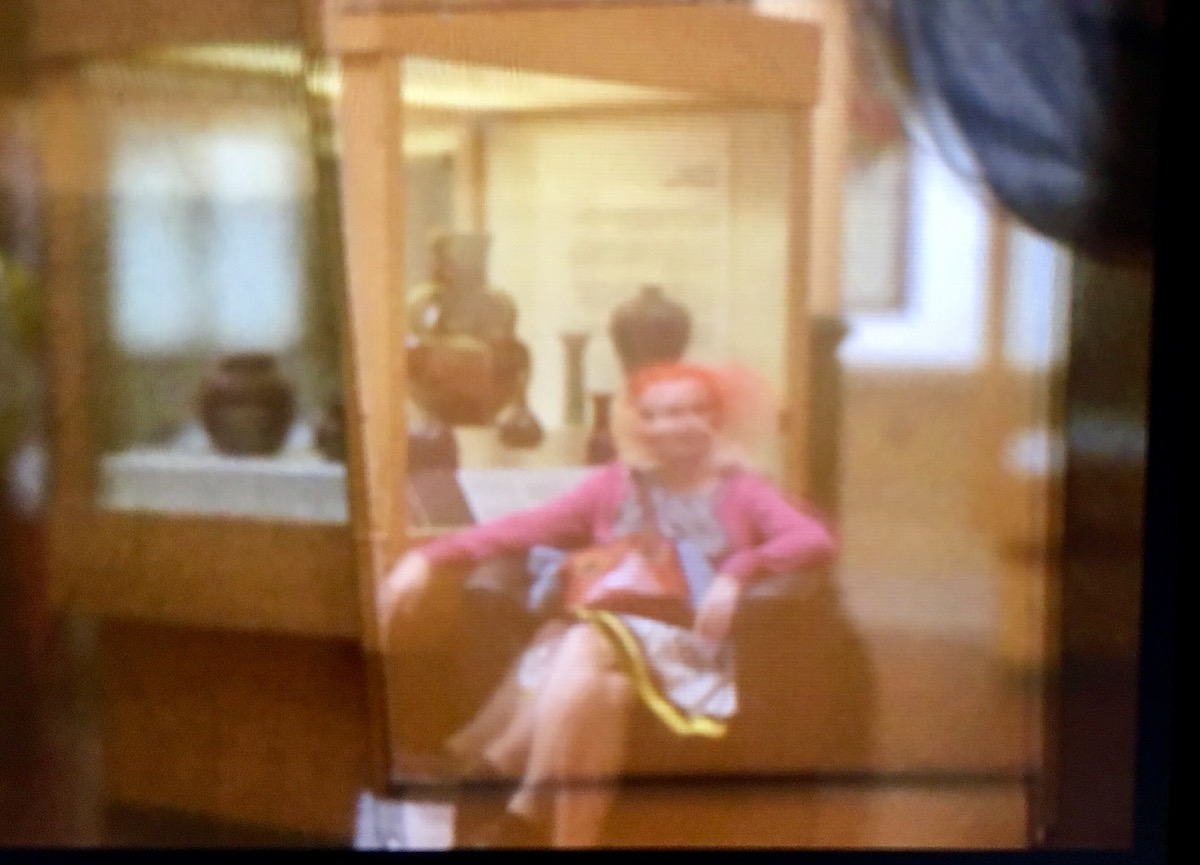 A long-exposure photo of the projection of someone sitting on the chair facing the studio, ready to be traced.

Thanks to Jenny Duffin, my collaborator on the Bham Obscura project, for her invaluable assistance in both these pieces.