Speculative Cameras was my research project as a Birmingham Open Media Fellow in 2016. It tied together a number of things I’d been thinking about to do with cameras and while it didn’t conclude with anything concrete it has fed into nearly all my work since. There were two talks given, the first as part of the BOM Fellows exhibition and the second at a Pecha Kucha event.

The BOM Fellows exhibition was titled Live R&D and saw me putting all my research on a wall, inviting the public to help me make sense of it. 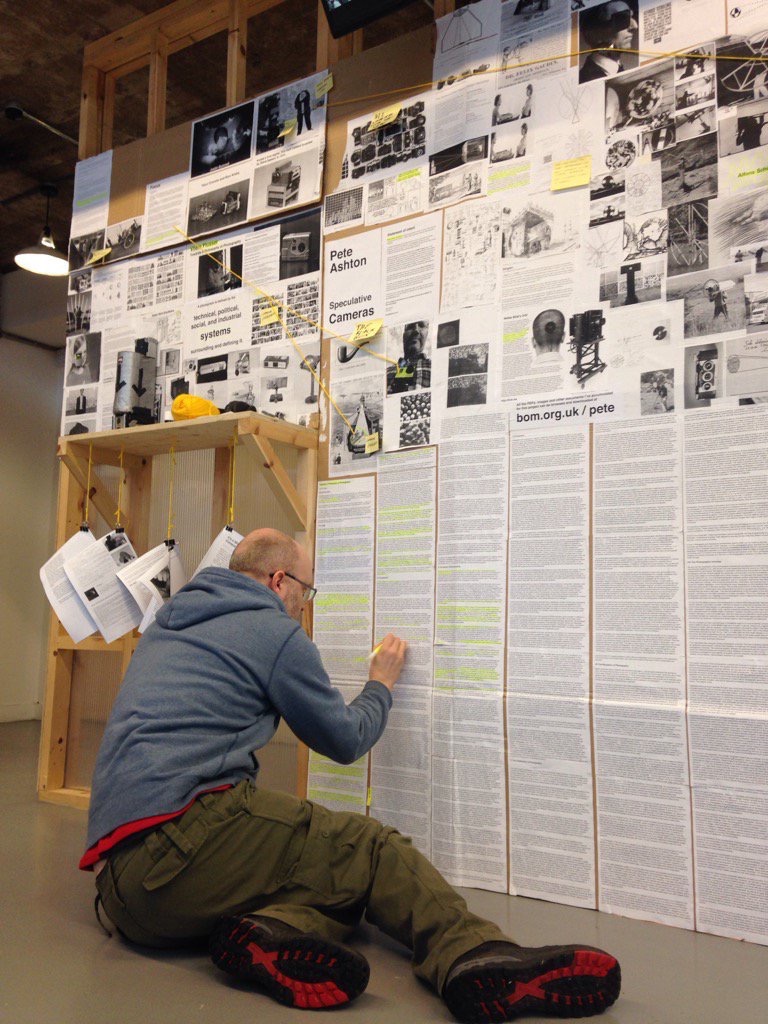 I also attempted to build a new camera inspired by Alfons Schilling.