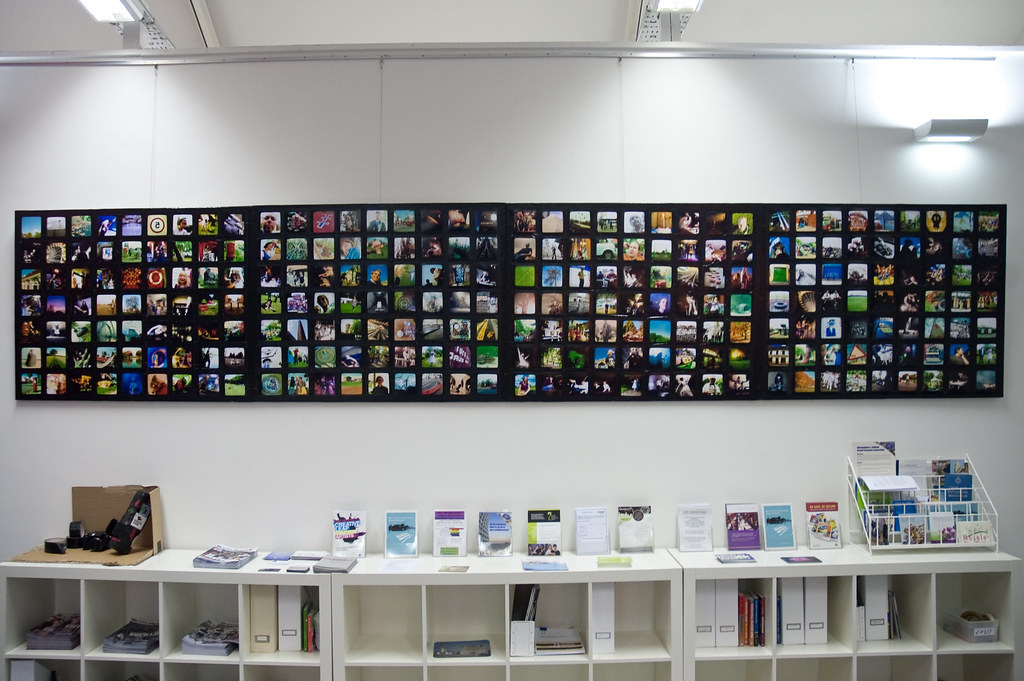 In early 2010 I was asked by the Moseley Exchange co-working space if I’d like to hang some of my TTV Pete work on their walls. Around this time the digital camera I’d been using for TTV work had died and I was rejigging my process with a new camera, so I decided to do a retrospective on the first four years of work.

Rather than select the best shots I printed everything from August 2006 to December 2009. It comprised 252 TTV photos mounted on 5 metres of board, each photo stuck down with gaffer/duct tape.

Later, upon receiving an invoice, I discovered this was not a commission but a commercial opportunity and that I had to pay a hanging fee which would be recouped by selling the work. Surprisingly no-one was interested in buying a 5 metre wide duct-taped photo-montage.

Photos of the work and of the launch