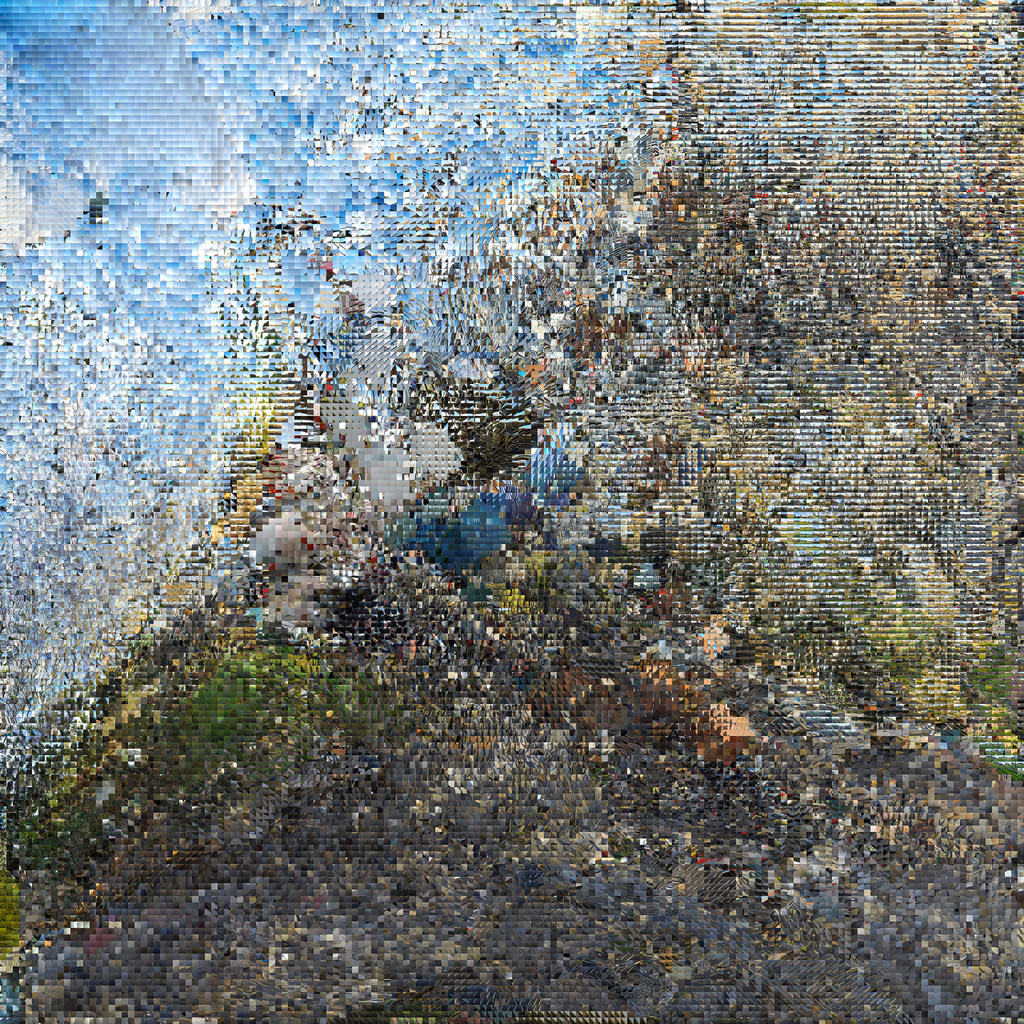 A Portrait of Birmingham is a record of a walk across the city in a straight line, from one Outer Circle bus stop to its opposite number, photographed at five second intervals from a chest mounted camera. The photographs have been sliced into 12 squares and arranged by a t-SNE sorting algorithm and a neural network trained to recognise the contents of images, resulting in a taxonomy for a core sample of the city.

The work uses artificial intelligence algorithms to interrogate the visual identity of a modern post-industrial suburban city and builds on the psychographical work Cross City Walks developed by the artist in collaboration with Andy Howlett. As a whole it challenges the traditional notion of a city landscape and employs the otherwise mundane features to collectively represent the city from street level. The algorithmic sorting creates pockets of comparison, echoing the Typologies of Bernd and Hilla Becher, revealing the subtle differences across similar features, while glitches and edge-cases create amusing juxtapositions.

The work can be displayed as a giant print or as a projector or screen-based “map” interface. Each square should be at least 1cm.

An online version of the work can be viewed here

An interactive installation of A Portrait of Birmingam was exhibited as part of the Black Hole Club 2017 launch at Vivid Projects, Friday 3rd March 2017. 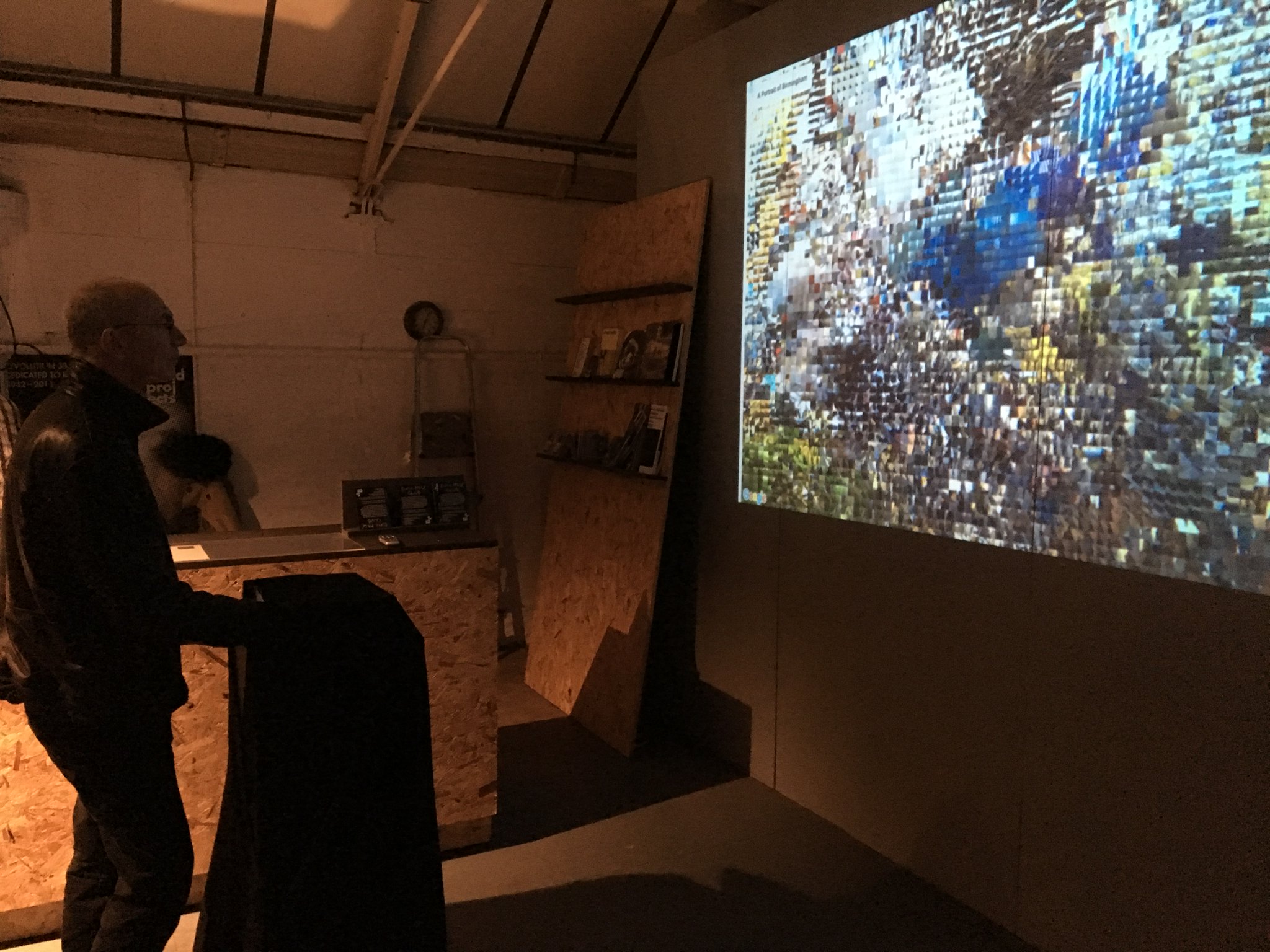