Rivers of the World has been run by the Thames Festival since 2006, teaming up London schools with schools in cities around the world to learn about each other by exploring their local rivers. In 2018 the project expanded out of London for the first time and I was employed to run workshops at schools in Worcestershire that were twinned with schools in Nairobi, Kenya.

I worked in three schools over two days per school. We explored the river, recording it using predominantly cameras, and then produced artworks in the classroom which I finished off at home. Because I was working in a digital medium a lot of my work was done after the sessions (otherwise the pupils would be watching progress bars all afternoon) so we filled the days with producing materials for me to process later.

I was hired in part for the work I’d done using Focus Stacking and Photogrammetry, digital processes where I use algorithmic systems incorrectly to produce strange perspectives, so I used them in the works.

The final pieces were exhibited as tall banners at London’s OXO Tower in September 2018 and then toured the UK through the Autumn and Winter. 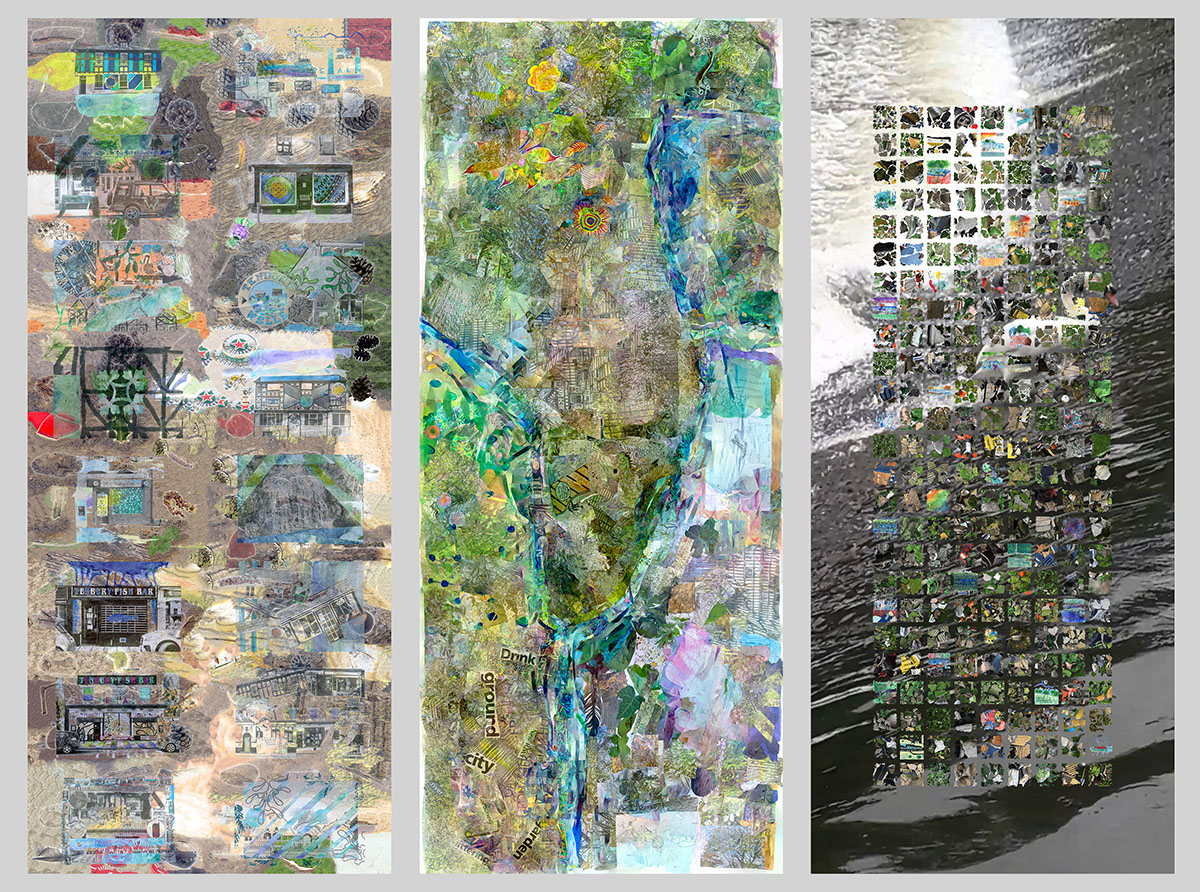 The shops in Tenbury define it as the historic market town for the area. While by the river the students photographed shop fronts and collected objects that would normally be ignored. They printed out the shop pictures and used the images as the basis for collages, building a fantasy Tenbury.

Usually a river flows through a town, but Evesham is defined by the physical shape of the river, so the artwork was built around that, creating five collages of the town from above. Each student took as many photos as they could which were randomly collected and digitally combined to produce collage materials. The collage materials are archived here.

To see the Working River from the past to the present the students visited a stretch of the Avon near Eckington. Students shot short videos of interesting objects which were then converted to 3D models. The piece uses texture maps generated for the models mixed with paintings inspired by them.

I was hired again for Rivers of the World 2019.