Artefact is a cafe and art-space in Stirchley which attracts a lot of artists and curious people. As a regular there I felt there was a need for an event where those people could share what they’re up to with each other. Something formal, but not too formal. Something peer-based rather than promotional. Something that might seed ideas and future collaborations, or just friendships.

That something was Stirchley Salon.

I decided to start fairly formally with a solid structure. Two artists or makers would talk about an aspect of their practice for 20 minutes. It could be a method they use or a work completed. After this the group would discuss for 20 minutes what they’ve seen and how it might relate to their practice. With a break between artists the whole thing would be over in an hour and a half leaving plenty of time for informal chats afterwards.

I was inspired by a few thing. The salon idea came from artistic salons of the past, where poets and intellectuals would present new ideas and works to their peers. I was keen to keep it cross-media, not limiting to one form of art or another, from my experience at If Wet where my thoughts about photography were greatly expanded by listening to sound artists. Finaly, my experience speaking a and running Pecha Kucha and similar short-talk events had shown me the benefit of helping people present their work in concise ways.

Stirchley Salon ran monthly for the first half year and is now occasional, run by myself and Jonny Graney at Artefact. Anyone is welcome to speak or even run their own with our help and it has become an important part of their programme.

The logo for the salon comes from a painting of a reading of Voltaire’s L’Orphelin de la Chine in the salon of Madame Geoffrin, in front of a piece of graffiti that was very prevalent in Stirchley a couple of years ago.

Here are some photos from salons past. 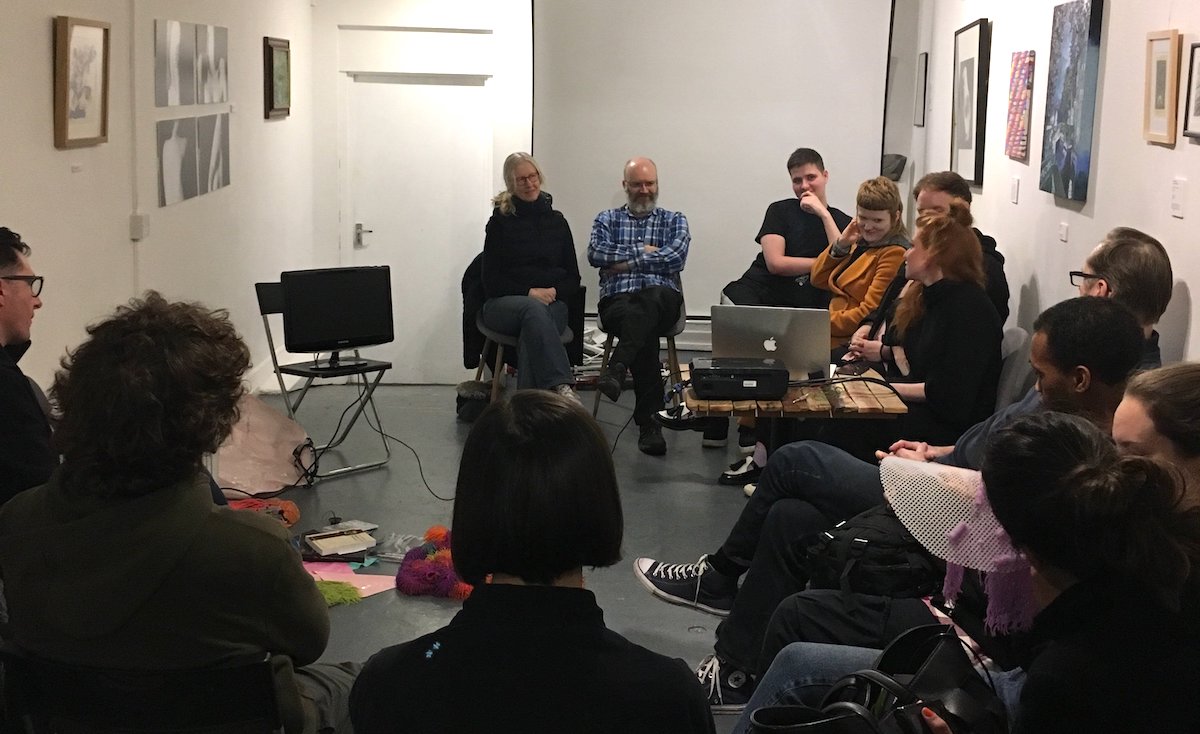 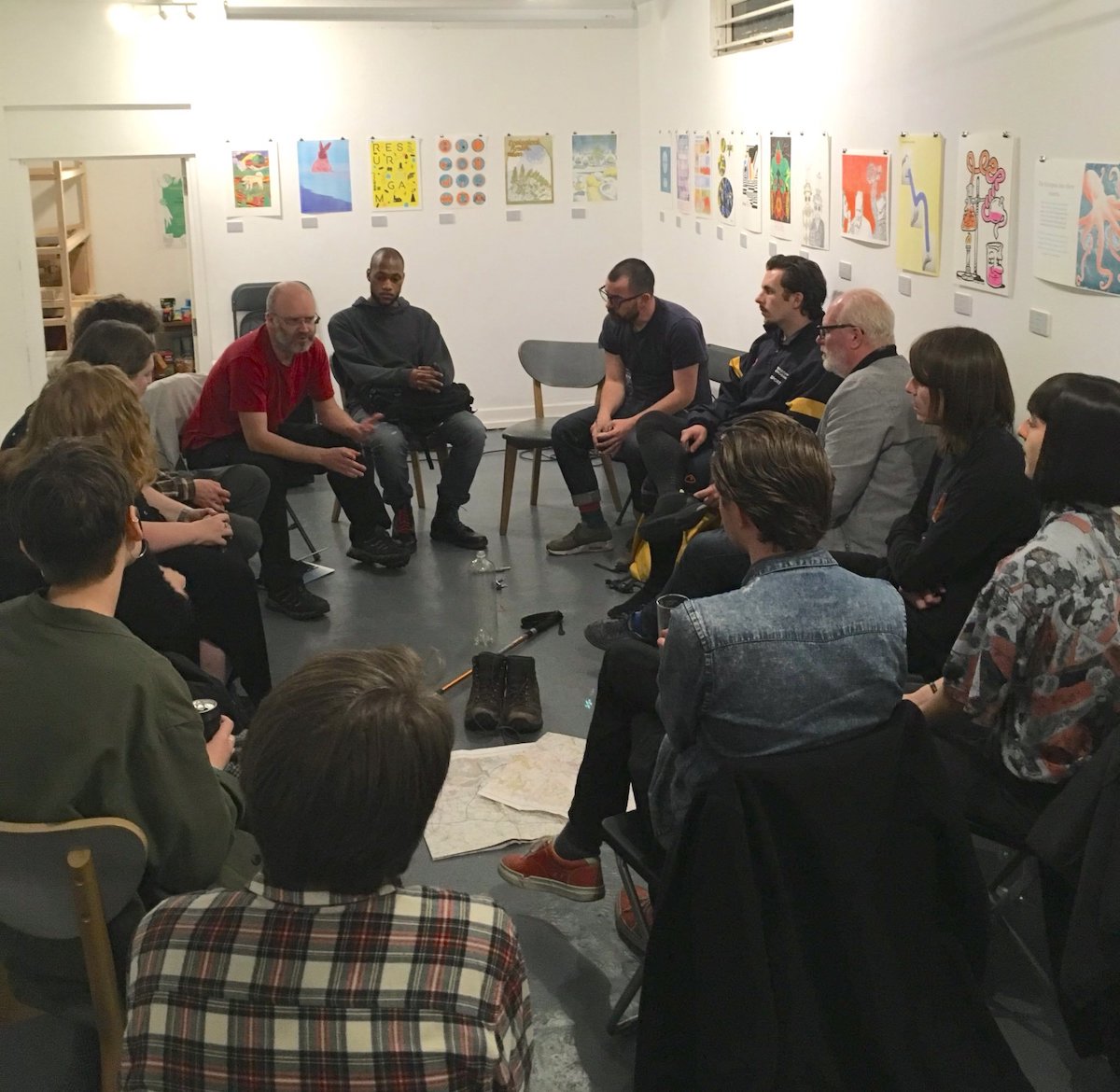 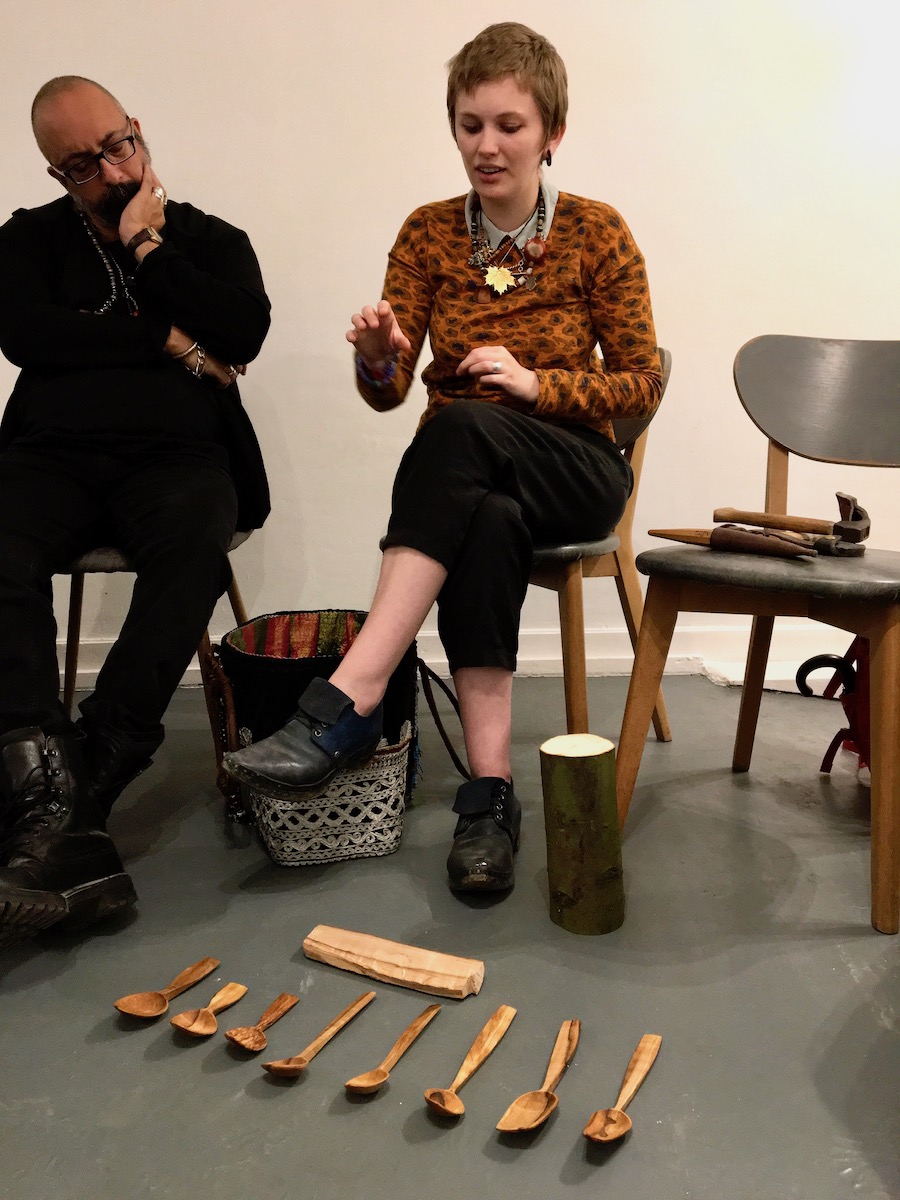 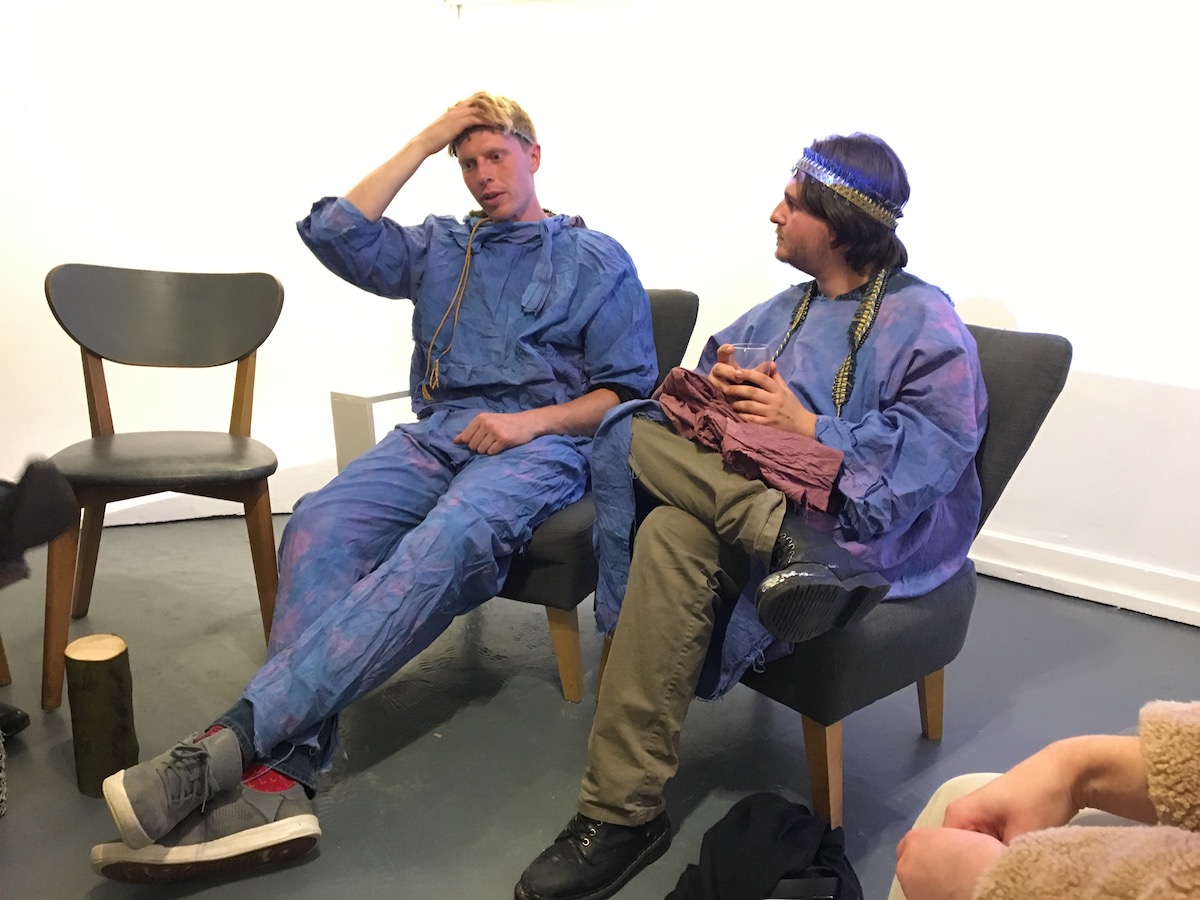 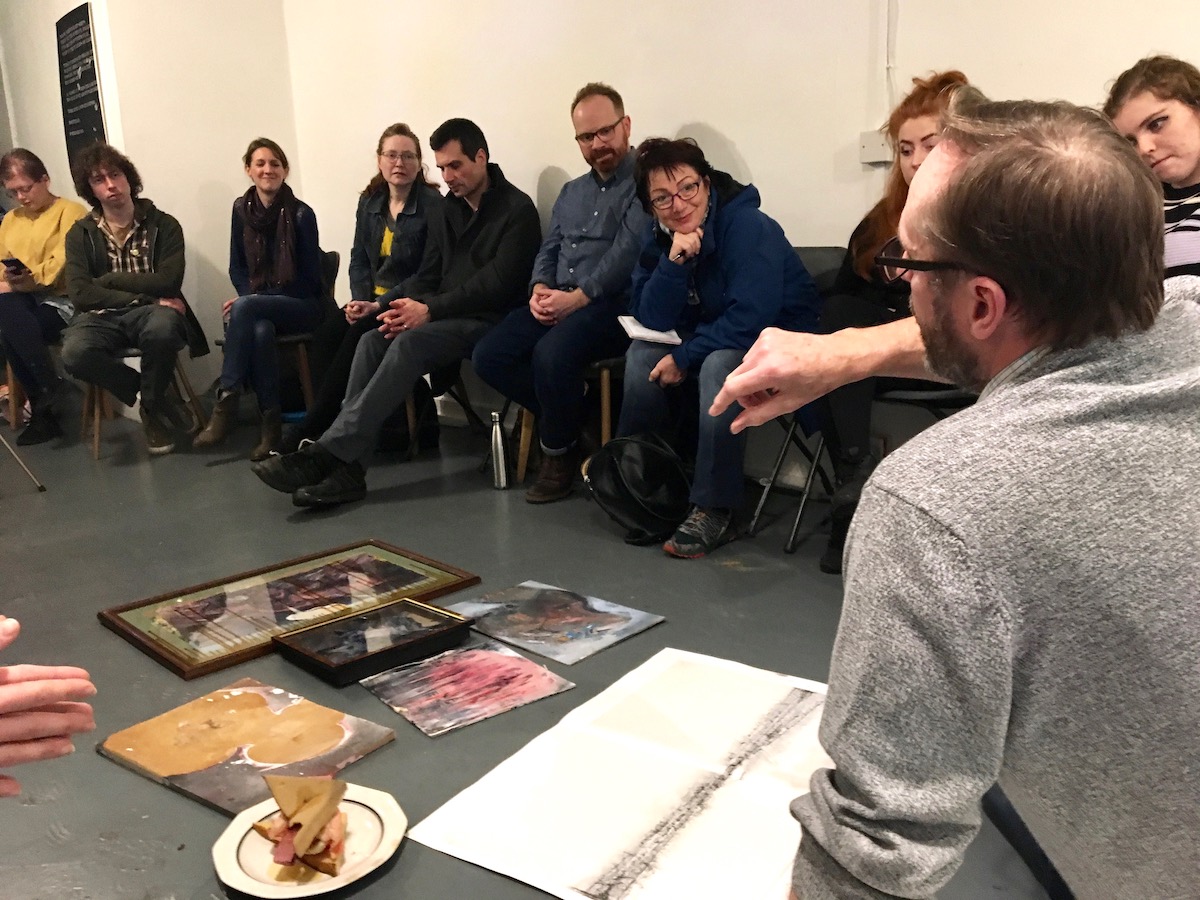 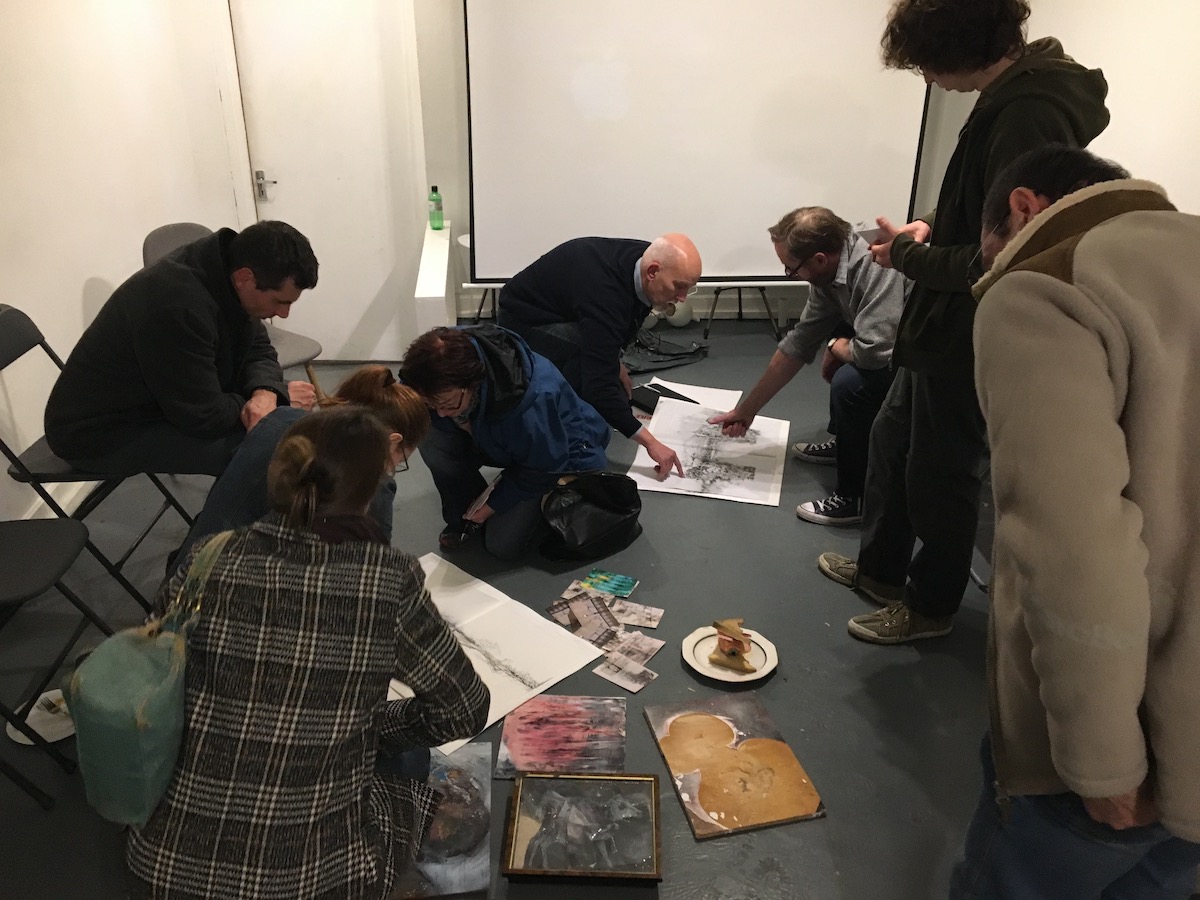