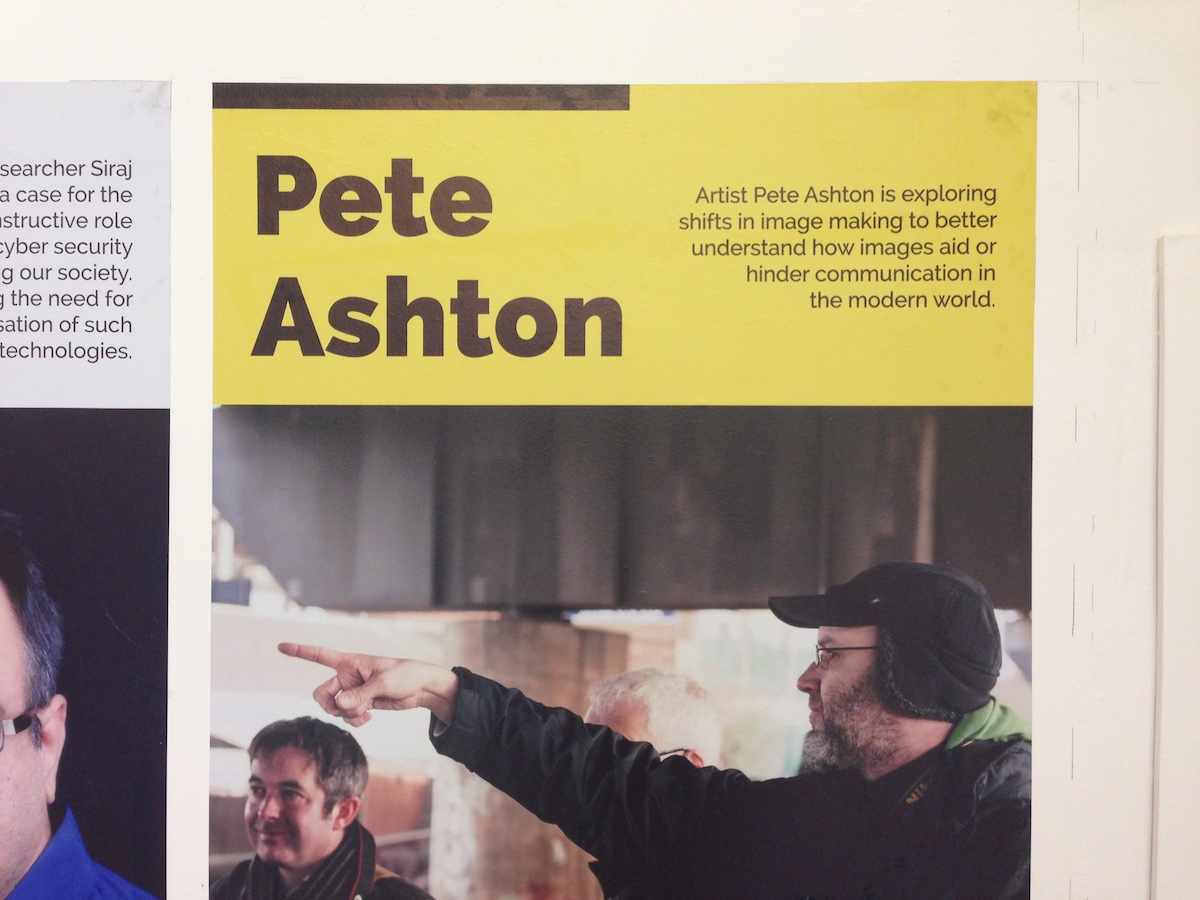 When I asked Karen Newman to mentor me through the process of becoming at artist she was herself in the process of setting up a new art space in Birmingham that would focus broadly on the space where art, technology and science intersect. To cut a long story short this became Birmingham Open Media, aka BOM, based in the back streets right by New St Station. Opened in Novmber 2014 on a showstring budget BOM was in many ways an experiment in running such a space, iterating over time and relaunching in October 2018 as a fully-functioning, Arts Council funded arts organisation with a focussed programme of events.

From the start BOM has had a Fellows programme of artists, scientists and technologists, initially to help guide the development of BOM, sort of like a creative board, developing into a variation of an artist development programme. Fellows have access to the studio space 24/7 and mentoring support from BOM. They are involved with educational and outreach programmes run by BOM and take part in an annual exhibition of their work. And much else besides!

I was an inagural Fellow and continued in the programme until December 2016. During 2017 I remained at BOM developing my exhibition Instructions for Humans which ran in the Autumn 2017.

Being a BOM Fellow was incredibly important to my development as an artist, giving me the space and, more importantly, permission to push myself into interesting areas. It is incredibly doubtful I would be where I am now without BOM.

Many of my activities during 2015-17 were developed and housed at BOM, but Fellowship-specific projects included: