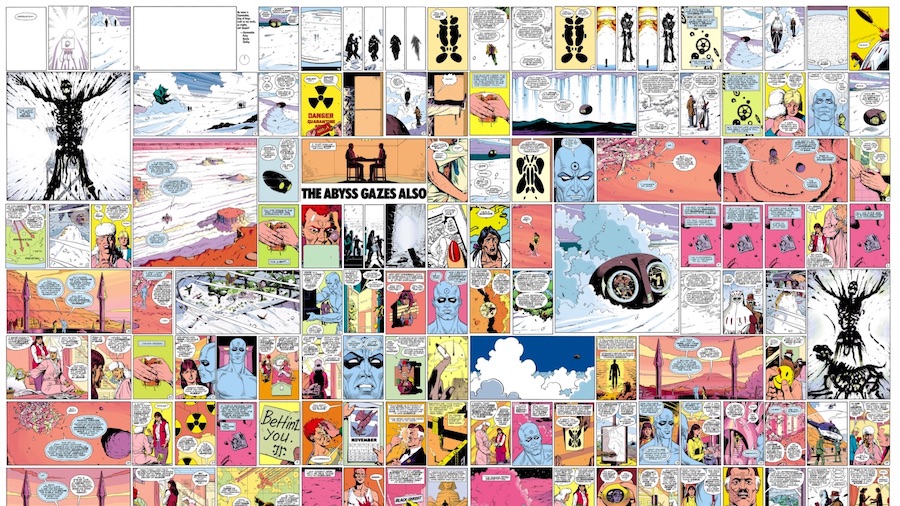 “Someone has a LOT of time on their hands” - Dave Gibbons

The comic book Watchmen, by Alan Moore and Dave Gibbons, came out in 1987 when I was just getting into comics as a teenager. It therefore defined what comics were and could be for me, for better or worse. Watchmen is a very formal work, exploring the potential of the medium through what is, upon reflection, a pretty standard mystery story. Many of the panels echo other panels, inviting the reader to make connections across contexts, pushing the non-linear visual nature of reading a comic as opposed to watching a film. (This is, of course, one reason why the 2009 film was so pointless, not to mention shit, because it fundamentally misunderstood what it was attempting to adapt. But I digress.) It also uses a strict 9 panel grid with all panels obeying this ratio.

In April 2015 I was at a talk by Nicolas Nova from the New Future Lab where he talked about many things including, according to my notes, “syncing up photos based on metadata, not just location but time of day, etc.” The idea of juxtaposing images based on differing criteria caught my attention and made me think of comics, the ultimate in juxtaposed narrative, and formalist games like Five Card Nancy.

So I got a digital copy of Watchmen and chopped each page into its constituent panels. I then ran some code which sorted them by their brightness and produced a web page which lays out the panels in order.

You can view the web page here. Let it load (it’s a good 60 MB) and it should format into a tight grid.

I started work on reconstructing the panels into a book, serialising it on Tumblr, but only got 2/3 of the way through. You can download the incomplete book here (500 MB).

As someone who knows Watchmen very well, I find this new arrangement fascinating. A future development might be Random Watchmen, which automatically generates unique copies of the comic on demand. Maybe one day, once I finish this version. 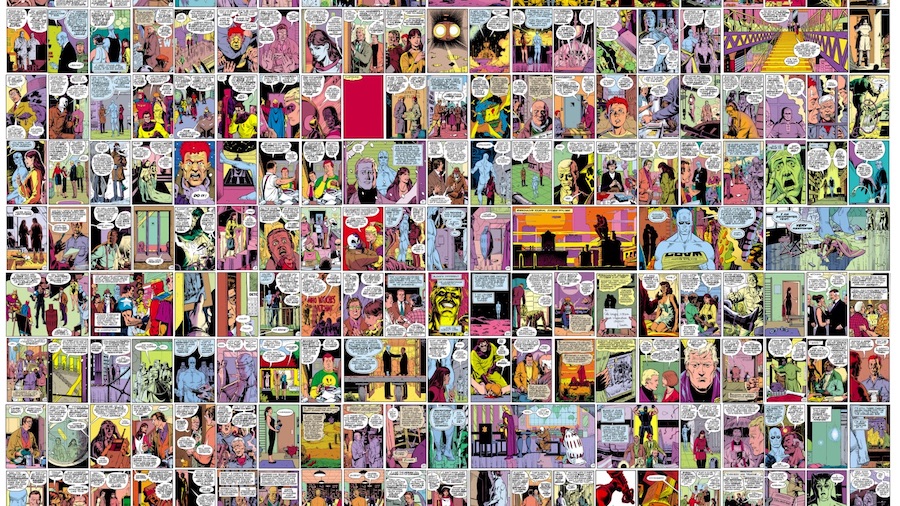 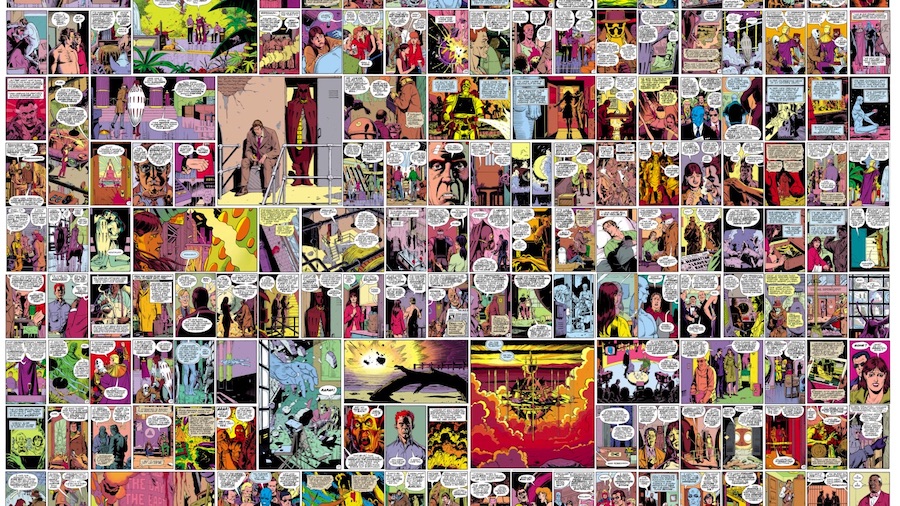 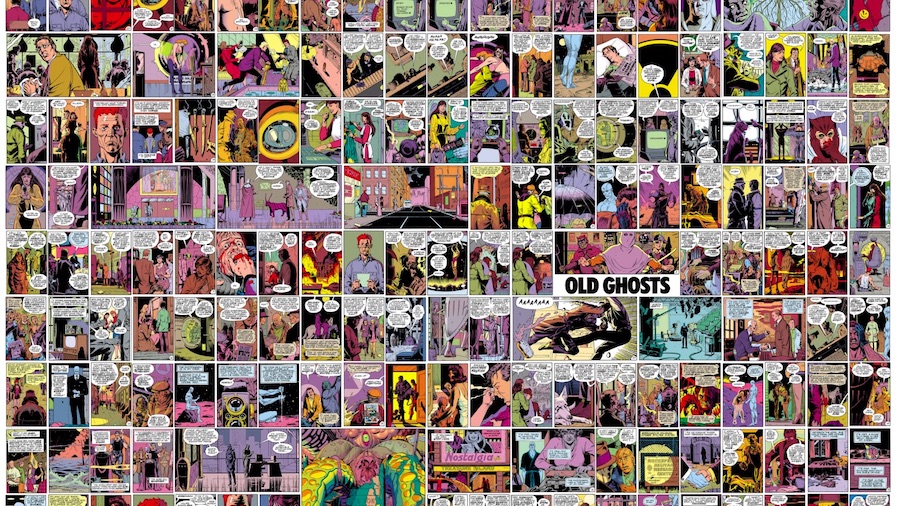 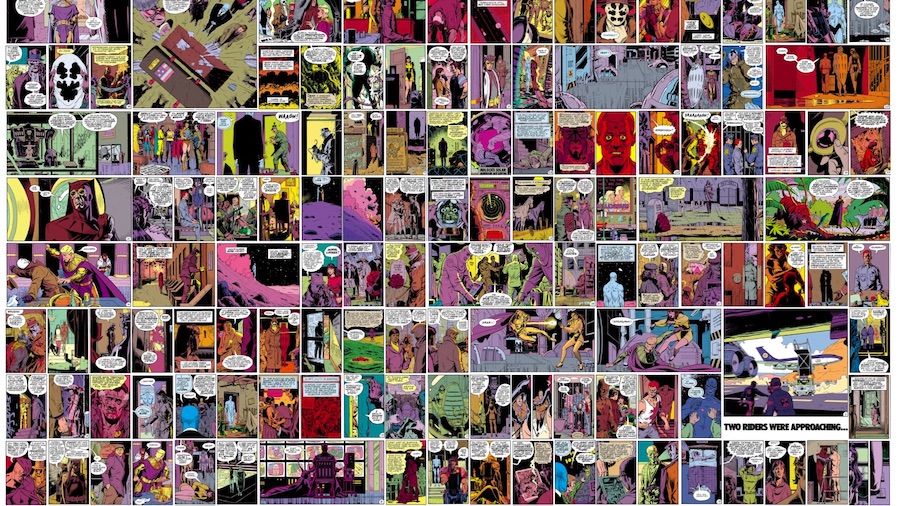 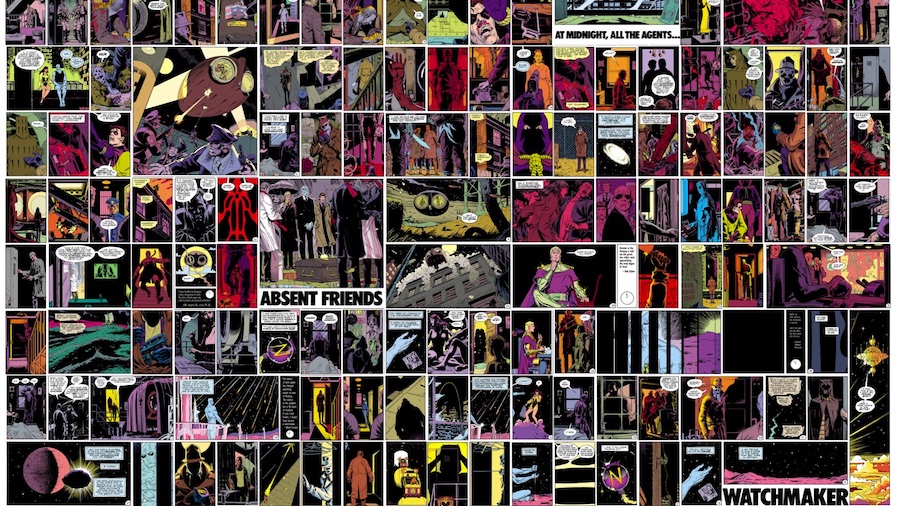 See also the Watchmen panels sorted by the t-SNE algorithm (more info) which looks for visual similarities. I really should make a readable version of this too.